Home Energy and Utilities Volkert Powers Up Its Energy Domain

Zachary Colston says he always hopes the natural gas transmission line his crew is going to inspect is “piggable.”

“A lot of these older pipelines are not what is called piggable,” says Colston, a project manager for Volkert Engineering’s energy division, which was recently formed to deal with issues facing the nation’s energy companies.

A piggable pipeline allows a standard inspection tool to negotiate it, which requires basically a more or less constant bore, sufficiently long radius bends and traps to launch and retrieve the pigs.

Colston says a lot of the new industry integrity programs designed to check the pipelines for anomalies, defects and corrosion are examined by sending “a smart pig into the line and it runs through the entire line and it inspects it.

“It is a much more intense way to look at it and is a much less intrusive way to insure reliability,” Colston says. The alternative is to dig up the pipeline to take a look.

Volkert Inc. is an employee-owned infrastructure engineering firm based in Mobile. Founded in 1925, the firm has grown from a regional operation to a national and now global organization, ranking 87 among the top 100 engineering firms in the U.S. Volkert has corporate offices in Mobile and Franklin, Tennessee, as well as field offices across the country and more than a thousand engineers and various specialists.

In addition, a weather forecast calling for some rather cold weather through the end of the winter season in the Midwest and the Northeast has caused an increase in natural gas prices.

“Volkert is a geographically managed company so we decided a couple of years ago to establish what we call the energy division,” explains David M. Young, Volkert senior vice president.

“The purpose behind the energy division is to basically take the success that we are having in the Midwest company-wide,” Young says. “I would say for Volkert, energy is about 10 percent of the company and the remainder of our company is transportation-related.”

Young says the company wants to grow its services in the energy sector.  “We have established this initiative that has three approaches to it,” Young says.

“The first strategy was to offer the core services that Volkert already does, meaning general civil engineering, environmental and right-of-way acquisition services. Those are our services that we do for transportation and energy clients. We do those companywide, across our entire footprint.

“The second thing that we wanted to do was to build an electrical design service. ”

Young says nationwide integrity programs call for gas companies to “harden their facilities” so they can better withstand tornadoes, hurricanes, fires and other natural forces… “Plus, they want to make it more reliable and more efficient,” he says. “There is money in the economy to do that. So, we want to be a part of that.”

According to Young, much of the nation’s infrastructure is getting to the point that it “will pass its life cycle. So with the natural gas, you start seeing leaks.”

The energy division is located in the company’s Collinsville, Illinois office, just outside St. Louis, where Volkert launched the energy sector, and where Colston is assigned.

“A lot of our energy-based clients have been up here in Missouri and Illinois,” Colston says. “We had a lot of contacts from a right-of-way perspective as well as survey work, and that kind of overlapped with a lot of real estate work.”

“We provide right-of-way acquisition services and real estate services — that’s probably our biggest component. And we also are in the design role. It could be pipeline design, electric facility design, so we are doing a lot of design work. But we also have a lot of other miscellaneous services that includes road monitoring, appraisals, geographic information systems, mapping work. We also do some data base work to help clients with their integrity records, archiving real estate records that date back to the 1800s, so we do a little bit of everything.”

“Every industry has a little bit of a different stance with this, but as a whole, from the federal level to the state level, there seems of to be a lot of initiative, not from just a spend standpoint, but also there are more initiatives coming out from an integrity standpoint, regulatory codes to meet and things like that,” Colston says.

“All of that bodes well for the growth of the energy industry. So we are just kind of going alongside that and catching opportunities as they come,” he says.

“If things continue to trend that way, we expect to grow and expand, whether it be with existing clients or we find opportunities with other clients that need similar services,” he says.

And while the nation’s energy infrastructure is “certainly improving, change doesn’t happen overnight,” Colston says. “We are seeing less and less dependence on coal, and we are seeing a greater move toward cleaner sources. Natural gas is a great example. A lot of natural gas projects are integrity-driven, and a lot of natural gas projects I have been involved with are replacement projects, meaning that there is an existing gas line in place and they are either replacing it or upsizing it or modernizing it, and a lot of the time it is all three.”

Volkert’s energy sector is “growing at a tremendous rate,” says Young. “We are like that first flake of snow that starts a snowball rolling downhill. We achieved $200 million in sales this past year so our goal is to be one-third of the company’s total revenue. Since 2012 we have increased it to maybe 10 percent of our company, and this past year it was a little more so we are maybe 12 percent, so that is pretty good growth.”

Young says that while the company’s focus has been on natural gas, “We have had a couple of opportunities with renewable energy companies. While that has not been our primary source of projects, there are some opportunities whether they be landfill gas — methane gas coming from landfills — or windmills, and we have had some other projects that were electric projects fueled by wind energy. We are working with some local co-ops that have solar initiatives and things like that. So we do touch in that renewable energy space. It is not huge yet but we would like to grow with it.” 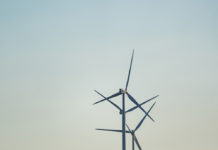 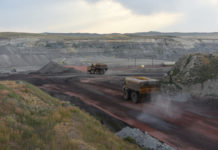 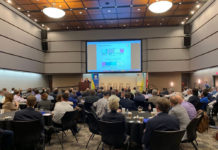