SHOWA Group, the only domestic manufacturer of single-use, nitrile PPE gloves in the U.S., recently shared the progress of its announced expansion with Congressman Robert Aderholt.

The company’s Fayette facility announced an expansion in December 2019, implementing two additional high-speed monorail production lines and doubling the facility’s current glove manufacturing capability. The expansion is set to be complete in April 2021.

SHOWA President and CEO Richard Heppell was interviewed on CNN in August, saying he had noticed an uptick in glove consumption even before COVID-19 hit the U.S.

“We decided to expand the Alabama facility really to service the U.S. domestic supply ahead of COVID. Of course, now that COVID has hit, demand has gone through the roof,” Heppell said in that interview. “We are bringing in the latest high-speed monorail lines that will produce three times more gloves per hour than our existing facility.”

In the midst of the COVID-19 pandemic, the United States was consuming nearly 45-50 billion gloves per month. Of that amount, more than 95% of the PPE glove supply is currently manufactured in Asia, predominantly in China, Malaysia, Indonesia and Thailand. Glove production in the United States makes up less than 1%. SHOWA says its latest expansion demonstrates the company’s belief that more PPE should be manufactured domestically.

SHOWA installed its first production line in Fayette in 1990. It currently employs more than 230 people in Alabama and is now hiring more. The company also has a facility in Menlo, Georgia. 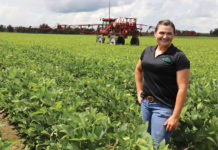 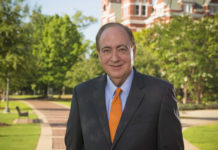