According to research findings reported in Science Translational Medicine, the Tuskegee research team — led by Clayton Yates, director of the Center for Cancer Research, and Jesse Jaynes, of the College of Agriculture, Environment and Nutrition Sciences — along with researchers from the National Institutes of Health’s National Cancer Institute and National Center for Advancing Translational Sciences (NCATS) have demonstrated that the therapeutic approach can be used to treat cancer and other diseases.

“Cancer essentially pits our body’s immune system — specifically macrophages that would normally surround and destroy harmful bacteria — against us by turning these white blood cells into a protective forcefield,” Yates explains. “We’ve been able to show that these macrophages can be reprogrammed to their original purpose — to fight harmful cancer cells instead of defending them.”

Several years ago, Jaynes was studying host defense peptides and their roles in infectious diseases in humans. These peptides punch holes in the cell membranes of bacteria. Jaynes consistently saw patterns of small stretches of amino acids in these peptides. To him, this meant that they likely could have an important function beyond their direct cell-killing function.

In collaboration with Udo Rudloff, with the National Cancer Institute, and NCATS’ team leader Juan Marugan, the Tuskegee-NIH team uncovered the receptor of the peptide CD206 on the surfaces of macrophages that regulates this process. They were able to create several synthetic peptides, including RP-182, which were designed to bind more strongly to the CD206 receptor.

Once RP-182 binds to CD206, it causes a change in the receptor structure, which sends new chemical signals to the macrophage to begin eating cancer cells.

There are two types of tumor-associated macrophages — M1 and M2. M1s devour bacteria, viruses and cancer cells and cause inflammation. M2s promote tissue recovery from the inflammation. RP-182 converts M2 macrophages into M1 types. In addition, binding and altering the CD206 receptor also activates an array of other immune cells that help fight cancer.

When doing animal trials, the teams found that when RP-182 was given with chemotherapy or immune checkpoint therapy in pancreatic cancer, RP-182 cooperated with these treatments. Yates and his group tested RP-182 in animal models of different cancers, showing that it not only worked on pancreatic cancer, but on other cancers, such as colon, breast, prostate and melanoma.

“We’ve connected an evolutionary process to an immune mechanism from which we can make a cancer drug,” said National Cancer Institute scientist Rudloff. “Our results could have broader implications for developing new approaches to immunotherapy. For our patients, our first priority is to further develop one of these novel drug candidates as a cancer therapy and get it into the clinic. That’s still a while away.” 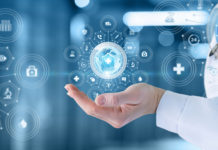 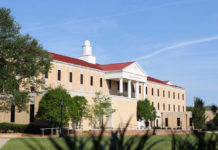 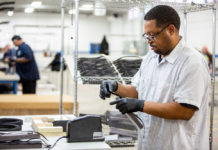