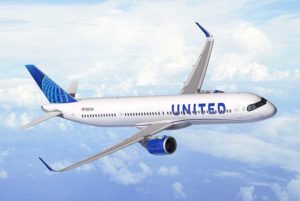 United Airlines has ordered 50 Airbus A321XLR aircraft, primarily for use on its transatlantic routes, the airline and Airbus announced today.

Announced in June 2019, the A321XLR is designed for longer range and better fuel economy compared to other versions of the popular A320/A321 family. The deal could potentially be worth $6 billion depending on volume discounts and other factors.

“The new Airbus A321XLR aircraft is an ideal one-for-one replacement for the older, less-efficient aircraft currently operating between some of the most vital cities in our intercontinental network,” said Andrew Nocella, executive vice president and chief commercial officer at United, which is based in Chicago.

“The selection of the A321ZLR by the leadership of United Airlines is a ringing endorsement of the range, payload and fuel efficiency that Airbus incorporated into this state-of-the-art aircraft,” said Christian Scherer, chief commercial officer at Airbus headquarters in Toulouse, France.

United plans to use the new planes, slated for delivery beginning in 2024, to phase out older models and expand transatlantic routes.

Airbus says the new single-aisle craft will have a range of 4,700 nautical miles with 30 percent less fuel consumption per seat than similar earlier models. The extended range and greater fuel efficiency will make it possible to reach more European destinations, the aircraft company notes. And industry observers comment that the single-aisle plane will make it possible to serve destinations that don’t have enough demand to support larger planes.

“In addition to strengthening our ability to fly more efficiently, the A321XLR opens potential new destinations to further develop our route network and provide customers with more options to travel the globe,” Nocella said.

Although its major facilities are in Europe, Airbus assembles A320/A321 and smaller A220 family aircraft in Mobile. The company has so far not determined where the A321XLR for this order will be assembled, but company officials note that any A220 or A320 order helps build the order book, benefitting all the facilities involved in building that family of aircraft.

At the end of October, Airbus had 7,000 firm orders for A320new family aircraft, from 110 customers around the world. 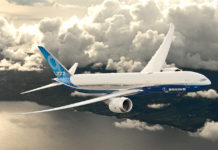 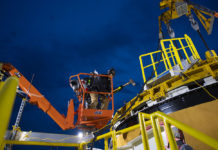 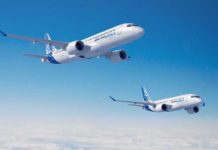