Home Healthcare Vape ’em if you Got ’em

The vagaries of vaping in Alabama have brought quick profits to retailers, provided jobs in the state’s quietest backwaters and left everyone in the 10-year-old industry wondering when regulators will crash the party.

Vaping gets its name because the electronic cigarettes — e-cigarettes in smoking lingo — are really personal vaporizers. The battery-powered, cigarette-shaped devices convert a liquid mixture of nicotine, flavoring and propylene glycol into inhalable vapor.

The new-fangled habit, banned in ever-cautious Foley, Alabama, finally got comeuppance in early April when the FDA proposed rules that would make the products off-limits to kids under 18 and require makers to disclose ingredients.

Thus far, though, the industry has been unbridled. Alabama, seldom seen as a national policy setter, got credit as just that last October in a Washington Post article noting that a number of states had followed Alabama’s lead in labeling e-cigarettes as an “alternative nicotine product.”

Not everyone goes for that definition, including Thomas Carr of the American Lung Association, who told the Post, “We want them included in the definition of tobacco product.” His opposite number, Eric Criss of the Electronic Cigarette Industry Group, says the alternative label fits and “the goal should be to move people down the risk ladder from cigarettes.”

Apart from the question of medical risk, there’s money — lots of it. Wells Fargo tobacco industry analyst Bonnie Herzog estimates the 2013 e-cigarette market at about $2 billion but predicts it will hit $10 billion by 2017 and surpass match-lit cigarettes in less than a decade.

An e-cigarette product ranges from $10 to $120, depending mostly on the quality of its battery. The components are manufactured in China.

Birmingham band mates Jake Waitzman and Wes McDonald of Vulture Whale followed a hunch in 2011 when they opened a vaping supplies website in their garage. They had so much success early on that they moved to a warehouse, where people started showing up and suggesting they open a store.

They opened Vulcan Vape in June 2012, which happened to coincide with Birmingham’s citywide smoking ban going into effect. It was “nice timing, ” says Waitzman. The two partners began setting up tents at festivals and other outdoor events, touting e-cigarettes as a more socially acceptable way to smoke.

Last year they opened two more stores, in Nashville and Atlanta, moved their original store to a larger location across the street and opened American Vape Supply, which wholesales e-cigarette products and accessories to nearly 70 stores like the ones they run. They now employ 25 people.

“We started well into six figures of revenue the first year, and it exploded in our face after that. Every move we’ve made has been self-financed by the income stream. We’ve expanded without having to borrow money. It’s pretty much instant profit, ” Waitzman says.

The Birmingham businessman is quick to point out two elements that have factored into his e-cig success. First, they don’t market their products as a “safe” alternative to smoking, but rather just an alternative. “Hey, you smell better but no one’s regulating it or approving it as a medically safer alternative. It’s still the Wild, Wild West out there in terms of regulations, ” Waitzman says.

Secondly, Vulcan Vape offers high-end, customized vaping products, of the sort that people quickly graduate to, Waitzman says, after trying the gas station-variety e-cigarette. “We don’t even sell those; we wouldn’t sell any because people aren’t coming to our store for that. They can get that on every corner.”

Vape stores also allow customers to mix and match vaporizer styles with rechargeable batteries and the “vape juice” of their preference. The juice has varying amounts of nicotine, depending on the user’s preference, and flavors spanning the spectrum.

Waitzman says he doesn’t know who championed the legal exception in Alabama that distinguished e-cigarettes from tobacco products and their accompanying high taxes. “I’d like to buy that guy a beer, ” he says.

In fact, that guy may well have been working for Big Tobacco, which was slow to get to the party but has now caught up with such lines as Blu, made by Lorillard. By the end of last year, Blu represented a modest 4 percent of Lorillard’s total sales, despite controlling about half of American e-cigarette sales.

Still, the North Carolina-based company’s 2013 annual report included this ember: “Last year alone, we estimate that more than 2 billion traditional cigarettes were NOT smoked in the U.S. as a result of an estimated 2.5 million smokers converting to e-cigarettes on a full-time or part-time basis.”

Analysts such as Wells Fargo’s Herzog believe Big Tobacco’s deep pockets and knowledge of the industry put it in a good position to adapt to a world where smoking is dominated by e-cigarettes. The news is less bright for tobacco farmers, whose attention to leaf quality and flavor matters less when the leaves are harvested strictly to make the nicotine for vape juice.

As e-cigarette retailers wait to see exactly what government regulations will be imposed, the director of The University of Alabama Center for the Study of Tobacco Medicine has taken a position clearly on the side of distinguishing vapers from smokers.

“I think it will be a shame if they end up regulating it like Marlboros. E-cigarettes aren’t anything like Marlboros, ” says professor of medicine Dr. Alan Blum, who established the center in 1999.

Blum says he sees “a lot of hysteria” on the Internet about the contents of e-cig vapor, and while there’s a lack of data on long-term use, he notes that the inhaled nicotine vapor lacks the more than 4, 000 chemicals present in cigarette or cigar smoke.

While sympathetic to e-cigarettes because he believes they pose fewer health risks than smoking tobacco cigarettes, Blum does believe e-cannabis, an electronic method of smoking marijuana, is a huge threat that will need regulation.

“I am in favor of restricting that, but for different reasons. E-cannabis vapor products don’t emit an odor — a person could be smoking THC next to you and you wouldn’t know it. That’s a problem. Teens using cannabis products on a regular basis will have problems, mental difficulties of some sort. So that needs to be addressed.”

THC, or tetrahydrocannabinol, is the chemical responsible for most of marijuana’s psychological effects.

But as far as standard e-cigarettes, he says, half the health community thinks it’s a wonderful harm-reduction modality while the other half equates the product with tobacco and insists it be treated as such.

Blum subscribes to e-cigs as a realistic way to step down from smoking cigarettes. “A patch isn’t smoking, if you think of smoking as the manipulation of a little white stick and the ritual of bringing it to your lips.”

A rational approach, he says, would be to study how the products evolve, who’s using them and what’s happening with them. “It’s just a mystery product right now. A lot of money is being pumped into it but I’m not sure anybody can say what’s going to happen with it.”

Chasing some of that money is Ken McElroy, who started Wild Vapers in Sylacauga on Valentine’s Day. He’s had other businesses, including a paintball place, and says that he’s making enough to cover expenses and have two employees on board, along with his wife and himself. He says there’s satisfaction in selling vape products, which he believes to be a safer alternative to smoking.

And he’s waiting for things to change on the regulation front. Alabama’s Office of the Attorney General declined comment for this story.

“It’s definitely coming, ” McElroy says. “Stores are self-regulating, not selling to anyone under 19, not trying to recruit nonsmokers. I don’t think more taxation or regulation is a problem if they do it fairly. Just don’t stick us in the same area as tobacco, because that’s just not what it is.” 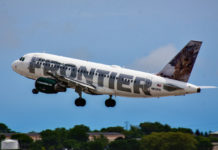 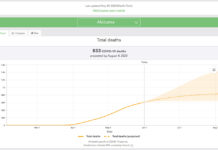 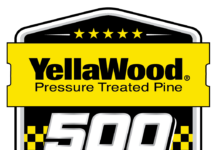