What does an aerospace engineer who jobs for the Department of Defense and NASA on advanced propulsion, space telescopes and high-energy lasers do for fun?

Last summer Taylor recruited two UAH aerospace researchers to help him on a contribution to a History Channel episode about Skinwalker Ranch, a stretch of Utah badland legendary for paranormal phenomenon.

“The name of the place alone conjures up creepy thrills for dedicated fans of the paranormal,” writes UAH News’ Russ Nelson. “Situated in northeastern Utah, this 512-acre parcel of picturesque desolation is famed as a hotspot for everything from poltergeist phenomena and crop circles, to UFO sightings, dangerous electromagnetic forces, dancing fireballs, and cattle mutilations. If that’s not enough, the ranch is also said to be cursed by an ancient Navaho spell that summons terrifying werewolf-like shapeshifters called ‘Skinwalkers’ to menace interlopers.”

The most recent TV show featuring Taylor was produced by Prometheus Entertainment and airs on the History Channel.

“The billionaire Brandon Fugal has been investigating the ranch since he bought it in 2016,” Taylor says. “His first three years was a plan of observation only. When he decided to move to the next phase, he asked the History Channel what that should be. History asked Prometheus, who produces The Curse of Oak Island, Ancient Aliens, The UnXplained, The Tesla Files and others, for History to talk with Mr. Fugal about next steps. Prometheus knew me from those other efforts and had me come meet with Mr. Fugal and the team. They were very intrigued by the ideas I brought to them (although maybe nervous in becoming active with the ranch rather than just observing), and in the end they asked me to come in and lead a new phase of research.”

“The stuff I did dovetails into stuff Kaitlin did,” Turner says. “What Kaitlin did is much more complex. She needed more time to prepare, and there was more hardware as well.”

“It’s always a crazy ride with Travis,” Turner says. “We’ve worked with him professionally at UAH for years. He’s data driven, which is why you’ve got to be on your toes. If something anomalous happens, you’ve got to say, let’s figure this out, and you’ve got to be able to change gears on the fly.”

Returning directly to UAH News’ telling of the story:

Russell hints her visit produced chilling surprises as well. “We had like two things happen,” she says. “One of them happened multiple times. But yeah, there was some weird stuff, and I can’t explain it.”

Taylor has seen enough of these mishaps and oddities to convince him something truly uncanny, whether curses or cosmic forces, is afoot on the property.

“In some cases, it was because the ranch affected the camera equipment and caused them to fail,” he says. “I know that’s hard to believe, but it happens all the time out there for no reason we’ve been able to find yet. Just ask Matt where that balloon went once it reached a mile high? As far as we can tell, it just disappeared!”

“I wasn’t creeped out,” Turner says. “Something happened that bothered me. That’s one of the reasons Kaitlin was out there – she can make more thorough measurements than I can. Because of all the mishaps and the anomaly that occurred, I’m insanely curious how they are going to put it all together.”

In describing her brush with the eeriness of Skinwalker Ranch, Russell offers yet another take. “Ours wasn’t reading-based, it was like stuff we visually saw that I couldn’t explain,” she says. “I don’t know if one of them was captured on film. It happened really quickly.”

Did the UAH colleagues ever fear for their safety?

“Not any more than being in southern Tennessee or northern Alabama, out in the woods,” Turner says. “We had a mishap with a balloon, where we were separated from it, and had to try to cross streams. But I never really thought I was in danger.”

Russell finds that kind of thing exciting. “But my sense of danger isn’t like…it’s not really regular,” she says, laughing. “I go sky diving. I like scuba diving, caving. I like exploring.”

“She fires off rockets a lot, so she’s got a high bar,” Turner says with a smile.

Would either of them ever do it again?

“I’d love to go back,” Turner says. “It’s a beautiful area. It was fun, it was hectic. I don’t know if I could do it as much as Travis. They work insane hours. But I really like being outdoors.”

Russell agrees. “It would be neat to go back and see more.” But when it comes to future TV stardom, she has certain stipulations: “I prefer shows like that where it’s mostly science-based. I am no actor.” 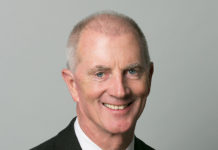