A University of Alabama at Birmingham-researched drug with potential for treating COVID-19 recently received FDA approval as a rare disease treatment, a distinction that looked like a windfall for its developer, California-based Gilead Sciences.

But the company suddenly announced it was turning down the designation, known as “orphan drug” status, following criticism that the FDA action put Gilead in position to reap unwarranted profits. The company says it can rapidly supply the drug, remdesivir, without the FDA booster.

“Gilead is confident that it can maintain an expedited timeline in seeking regulatory review of remdesivir, without the orphan drug designation,” the company said in a release. “Recent engagement with regulatory agencies has demonstrated that submissions and review relating to remdesivir for the treatment of COVID-19 are being expedited.”

Remdesivir was developed in the last five years by Gilead in partnership with four university research teams funded by a total of $79 million in grants from the National Institute of Allergies and Infectious Diseases. The UAB team’s share of that was $37.5 million, the rest going to teams at Columbia University, Vanderbilt University and the University of North Carolina. UAB led the research.

Research leading to remdesivir began after the 2014 Ebola outbreak, followed by the wider scope of the NIAID-grant studies to study and develop treatment for emerging infections like coronaviruses that can trigger SARS, MERS and now COVID-19.

After the Chinese outbreak of COVID-19, researchers tested the effectiveness of the drug on Chinese sufferers and also on the first known U.S. citizen infected.

The UAB scientist who led the research is Richard Whitley, M.D., UAB distinguished professor and principal investigator for the university coalition. He also has been a member of the board of directors of Gilead Sciences since 2008.

Some observers of the pharmaceutical industry had pointed out that the rare drug status granted by the FDA, under the “orphan drug” program, could restrict the supply of the drug and prevent manufacture and distribution of generic versions of remdesivir, resulting in higher profits by Gilead.

On March 23, Gilead announced that it would no longer provide emergency access to remdesivir. The New York Times cited a company spokesman saying “overwhelming demand” required it to no longer deliver the drug through its compassionate use program. The decision by the FDA came later that same day.

Gilead has close ties to UAB and also to some key figures in current and past U.S. government. Donald Rumsfeld was the chairman of Gilead just before he became secretary of defense in the George W. Bush Administration. As secretary of defense, Rumsfeld was criticized for spending $1 billion on the Gilead-developed drug Tamiflu for treatment of soldiers during the 2006 outbreak of H5N1, Bird Flu.

Recently criticism has been aimed at White House coronavirus task force member Joe Grogan, who lobbied for Gilead from 2011 to 2017, speculating on what hand he might have had in the FDA orphan drug decision.

In recent statements, President Donald Trump has expressed hope that remdesivir will be a significant help in treating coronavirus infections. 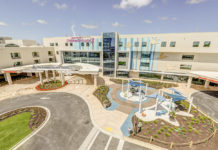 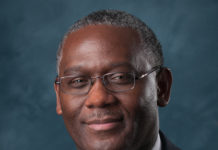 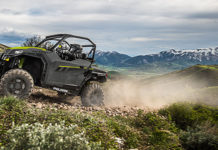