In the world of insurance they are known as captives, but they are a way to help set you free. And recently passed legislation means there should be a breakout, if you will, of more captives doing business in Alabama.

That’s good news for smaller and mid-size businesses, which will have new opportunities for lower insurance costs and for other benefits. And the state hopes to see more jobs and resulting tax revenues as the number of captives grows.

Captives, in short, are insurance companies that are formed to provide their owners with ways to self-insure. According to the Montgomery-based Alabama Captive Association, they are formed to insure risks of their parent companies, shareholders or affiliated businesses.

A captive can issue policies, collect premiums, pay claims and manage risk. They typically assume part of the owners’ risk and don’t replace or jettison traditional insurance companies and the array of services they provide.

Captives in Alabama can insure almost anything, and a major advantage is that premiums paid into a captive stay with the company. Although captives differ based on their objectives, they are usually set up to underwrite whole lines of their own insurance, which provides a whole new set of opportunities.

“Since the company owns the captive, and it’s a subsidiary of your company, your paying the premium into the captive means you get to keep that premium dollar as opposed to paying it out to others, ” says Norman Chandler, president of the Alabama Captive Association. “If you can build a captive to where it has enough revenue on hand, then the more you can underwrite yourself. You’re basically just self-insuring.

“The advantage of a captive is you get to accumulate that money, the premium that’s paid in, and you get tax breaks on that, versus if you just accumulated it as a pool. Then it’s recognized as revenue that comes to the company, and you don’t get the tax breaks you do as a captive, ” Chandler says.

The potential for continued growth in the captive area became greater in late April with the passage of an update to the Alabama Captive Act, initially passed in 2006. The updated legislation blew through the Legislature with no dissenting votes and was signed into law by Gov. Robert Bentley on April 28.

In short, the legislation makes it easier to establish captives in Alabama and provides more tax-friendly measures for them. Capital requirements were lowered, and captives may now form as any business entity under the law, including a series limited liability corporation, mutual and not-for-profit. They formerly had to be created as a corporation, which essentially limited captives to larger companies.

New tax advantages include a cap on premium taxes at $100, 000, no premium tax on dormant captives, a prorated premium tax in the first year of operation and new credits to offset the premium tax.

In addition to creating more captives in Alabama, it is hoped that the updated law will motivate companies both in Alabama and out of state to move their captives here. “In the captive world, it’s a pretty significant update to what we already have, ” Chandler says.

Historically, most captives were domiciled offshore in places like Bermuda or the Cayman Islands. In the past 10 or 15 years, however, most states have passed laws aimed at attracting captives.

“Insurance is still mostly regulated by the states, so we’ve had maybe 10 or 12 states really active for creating captives, ” Chandler says. “Alabama was the second state to have a captive law, in 2006, but since then several other states got into the mix. Tennessee, North Carolina and Georgia all updated their laws recently, and the Alabama law was out of date before the recent update.”

Chandler notes that there comes a time when many businesses — for whatever the reason, but usually because of higher premium costs — consider self-insuring. “When we have market issues where there is a lack of availability or premiums get really crazy, that’s a perfect opportunity for someone to look at a captive, ” Chandler says. “That’s a time for them to ask themselves if now isn’t a good time to self-insure some of their hurricane or wind coverage or tornado coverage through a captive, if pricing gets out of control.”

The same is true with health care. “The Affordable Care Act has driven costs up, everybody knows that, ” Chandler says. “But it also has brought more competition to the self-insured area. It has created more awareness of captives and self-insurance in health care because of the rise in premiums and deterioration of the coverage itself. We’re seeing health insurers being more aggressive about denying claims and not covering things they might have covered before the Affordable Care Act.”

It was higher premiums that led to the creation of a captive at Decatur-based Alabama Farmers Cooperative Inc., which has 37 member associations/coops. Says Walt Black, the cooperative’s corporate risk manager: “With so many members on one insurance plan, and some of the exposures and claims that the farming community incurs, to get insurance at a reasonable premium requires you to carry larger deductibles. For our captive, the primary purpose is to reinsure deductibles.

“We implemented an insurance plan that was more favorable for the members, ” Black says. “They are free to be part of it, it’s not a forced thing, but most of them are on our insurance. I was not here when they created the captive, but I can tell you it was an outstanding decision.”

Chandler says that more than half of all premiums collected in the United States are now in alternative vehicles, like captives, rather than traditional markets. Although the number of captives in Alabama is growing, they remain light years away from traditional companies in terms of premium revenues.

Sean Duke, an insurance examiner at the Alabama Department of Insurance who supervises captive regulations, says that traditional insurance companies (Alfa, Allstate, BlueCross BlueShield of Alabama and so forth), wrote premiums in Alabama totaling $21.9 billion in 2015, compared with $35.6 million among Alabama’s 41 captives. “That’s $21.9 billion with a b versus $35.6 million with an m, ” Duke says.

But Duke and Chandler are optimistic about the prospect of more captives in Alabama. “I think there’s more specialization in the insurance industry now, which allows businesses to better manage their risks, ” Chandler says. “I think you’re going to see more and more businesses trying to manage more of their risk themselves.

“You can’t manage it all yourself. Businesses are still going to need traditional market companies. But for Alabama, captives are an opportunity. Louisiana and Mississippi don’t even have a captive law, and Alabama is one of the dominant players in the country. We’re in the top 5, maybe the top 7 or 8.”

Adds the Alabama Farmers Cooperative’s Black: “I don’t know all the Alabama captives out there, but I know that captives are becoming more and more popular.”

Charlie Ingram and Julie Lowry are freelance contributors to Business Alabama. He is based in Birmingham and she in Montgomery. 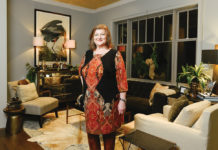 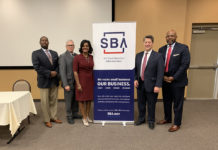