Otelco Inc. (NASDAQ: OTEL), an Alabama public company specializing in broadband services to rural areas of the U.S., including north Alabama, will be transforming into a private company soon, following an agreement by the board to be purchased by private equity firm Oak Hill Capital.

Otelco, headquartered in Oneonta, in Blount County, has agreed to be acquired by Oak Hill Capital for $11.75 per share in cash, which represents an equity purchase price of $40.6 million and an enterprise value of $105.7 million.

Its board approved the merger agreement and has recommended the approval and adoption of the merger by shareholders of Otelco common stock. A special meeting will be held as soon as practicable after the filing of a definitive proxy statement with the U.S. Securities and Exchange Commission and mailing to shareholders. The transaction is expected to close in the fourth quarter of 2020, if shareholders approve the agreement and other regulatory and customary closing conditions are met.

Otelco’s largest shareholders are a group of related entities, which collectively own 49.6 percent of the company’s outstanding shares and have agreed to vote in favor of the transaction.

“Like much of the telecommunications industry, Otelco is rapidly deploying technology, including fiber to the premise, to increase internet speeds for our customers,” said Richard Clark, president and CEO of Otelco. “We have invested in fiber network construction of the last several years in response to the demand for higher bandwidth and have demonstrated our ability to deliver the necessary technology. … Oak Hill’s commitment to facilitate Otelco’s growth will allow the company to accelerate fiber growth plants that would not have been possible within our existing capital structure.”

Stephen McCall, chairman of Otelco’s board of directors, said, “This transaction is a good outcome for Otelco’s shareholders, customers and employees. We believe Oak Hill will provide the resources to speed up our network upgrade plan and wish them and the company continued success.”

Oak Hill Capital, with offices in Connecticut, New York and California, manages funds with approximately $15 billion of initial capital commitments and co-investments since its inception 34 years ago. To date, it has invested in more than 90 private equity transactions across broad segments of the U.S. and global economies, with a specific focus on media and communications; services; industrials; and consumer, retail and distribution sectors. 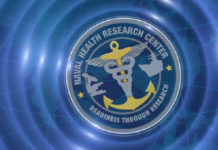 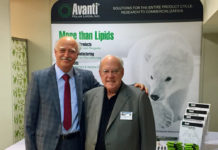