Home Healthcare Now You See It

The notion of having a technician materialize before your eyes to help you fix your computer might seem as farfetched as a scene from “Star Trek, ” but a Birmingham software company is making it possible for people thousands of miles apart to repair and maintain industrial machinery and even perform delicate surgeries together, as if they were standing side by side.

University of Alabama at Birmingham (UAB) neurosurgeon Barton Guthrie, is co-founder of VIPAAR LLC, a biotechnology company that sells a mobile video platform allowing service experts to interactively assist clients or other technicians anywhere in the world.

Guthrie says he came up with the idea after trying to advise surgeons at small regional hospitals over the phone. The surgeons, he says, were highly skilled at performing most types of operations but would call UAB surgeons for consultations on more difficult procedures when the patients were too ill for transport to larger hospitals. But advising surgeons through telemedicine or video conference calls was challenging, because he had to depend on the surgeons’ verbal descriptions of what was happening in the operating room.

“In neurosurgery, we see a lot of referrals from outside, ” says Guthrie, “and a lot of the patients could be dealt with at their local hospital if the local hospital could tap into some experience.”

With a $1 million U.S. Department of Defense grant, Guthrie says he originally considered trying to build a surgical robot that could be controlled remotely.

“But it wasn’t enough money for a robot, so we decided to use it to try and demonstrate the concept of virtual presence instead, ” Guthrie says.

So in 2003, Guthrie went to UAB’s Enabling Technology Laboratory in the School of Engineering, where researchers were already working on new uses for virtual reality, a technology in which computers generate simulated environments that can be experienced through sight and sound. Guthrie wanted to find out if virtual reality could be used to help him assist other surgeons hundreds or even thousands of miles away as if he were standing next to them.

Six months later, using a pair of networked computers, some stereoscopic cameras and other equipment, the researchers tested their prototype using Duplo blocks.

With virtual interactive presence technology, the software digitally merges local and remote video streams in real time so two people miles apart can connect, see the same view on their computers and interact as if they were side by side.

One difficult part of the project was learning about the perceptual aspects of the superimposition of two video streams into a shared field of view, says Corey Shum, technical director for the Enabling Technology Laboratory.

“The coding was significant work, ” Shum says, “but the majority of our effort went toward researching how we perceive others when sharing the same visual point-of-view, including problems of alignment, registration and stereoscopic perception, especially when attempting to integrate with the normal view.”

For the second prototype, Shum says, they wanted to determine whether the technology could be used for more complicated tasks, like surgery. So, the researchers built two stations, each with two large computers networked together and with processors commonly used in supercomputing clusters. They also used head-mounted displays that had a higher resolution than the ones used in the first prototype to produce sharper images, he says. To test the prototype, Guthrie guided a medical resident through the dissection of a cadaver brain from a remote location.

“At this point, we wanted very high resolution, ” Shum says. “We weren’t doing Duplo blocks anymore. We were doing brain surgery, and we wanted it to be very high speed, and we needed to prove the concept that it could be done remotely across a normal network.”

Early on, says Guthrie, he knew the technology could have applications beyond medicine.

“At the time, it seemed very feasible that as things like cameras and networks and computers got better and better, that this idea would get more and more implementable, because the limitations on the idea were the resolutions of the cameras and the bandwidth, ” he says. 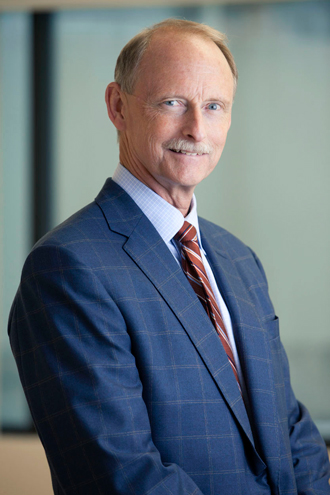 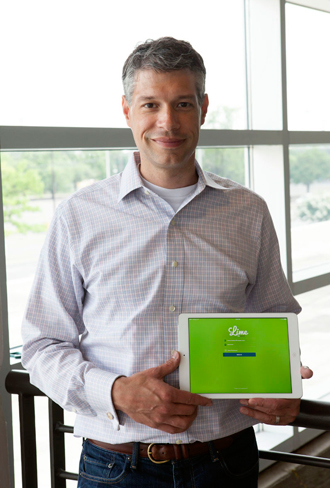 Afterward, Guthrie decided to form a company. He eventually met with Drew Deaton, a local businessman who had been vice president of finance for another start-up biotechnology company, the very successful MedMined Inc.

“I’ve been an entrepreneur for a while and started companies for a while, ” says Deaton, VIPAAR’s CEO. “So I knew that it was going to be a good conversation. The moment he showed me the first prototype, I knew it was special, and you get chills. You just think, ‘Everybody needs that.’”

In 2009, Guthrie and Deaton founded VIPAAR, which stands for Virtual Interactive Presence in Augmented Reality. The following year, in 2010, they spun off VIPAAR from UAB to become a private, corporate entity, allowing them to move the technology into “a more workable, practical, developmental environment that met commercial and operational specifications, ” Guthrie says. By doing so, he believed they would have an easier time attracting investors and getting into various markets.

One investor group, the Central Alabama Angel Network (CAAN), announced an initial investment in VIPAAR in 2012.

Housed at Innovation Depot, a business incubator partnered with UAB, the company has six employees and plans to grow.

VIPAAR offers its customers a mobile video platform for virtual, real-time, two-way video conferencing, with cost depending on client needs. Clientele has included medical device and heavy equipment companies throughout the United States, Europe and Asia, he says.

“A few of our customers in the United State are companies that sell room-sized pieces of equipment that go into laboratories and some hospitals, ” he says. “When they have a service need, they don’t have but a few of the experts on their staff, so they’re using our mobile capability with their experts out in the field to allow them to get back to their experts in the office or their senior engineer. We also have some medical device vendors who have a similar situation where someone may need help loading an image or a certain piece of equipment.

“The key defining characteristic, ” says Deaton, is that they all have a limited and valuable center of excellence. They have valuable people who understand their product, and the companies can’t afford to have them away from their customers.”

The software gives companies a faster way to provide technical assistance to their customers or service technicians in the field, Deaton says.

“One powerful market for us are those companies that are innovative and launching new technologies, ” Deaton says. “There is the training and adoption cycle with each of those new technologies. So, if we, with our very visual way to interact, can help our innovative partners, our customers, launch their technologies faster by getting the training to where it needs to go quicker, then we’re successful.”

Now VIPAAR is beta testing its new app called Lime. Lime is a more mobile version of the original technology that will give service experts the flexibility to use mobile devices to interact with others in the field, instead of being tied to a computer bay station, Deaton says.

Besides the Lime app, VIPAAR also has done several trials using wearable technologies like Google Glass to determine whether they could be used with the virtual interactive presence software. In one test in 2013, an orthopedic surgical team at UAB Highlands Hospital performed one of the first surgeries using the technology with Google Glass. As the surgeon conducted the shoulder replacement procedure, the Google Glass camera transmitted live, real-time images of the operation to a surgeon in Atlanta, who, with the VIPAAR technology, was able to introduce his hands and instruments into the UAB surgeon’s view to help guide the procedure.

Gail Allyn Short is a Birmingham-based freelancer for Business Alabama.