Former U.S. Permanent Representative to the United Nations Nikki Haley helped to mark the 100-year anniversary of the 19th amendment to the United States’ Constitution in Montgomery last week.

Part of Faulkner University’s annual benefit dinner, one of the River Region’s largest social events of the year, Haley served as the keynote speaker. The evening also included Faulkner recognizing several alumna for their accomplishments.

“Although many might want to argue that progress has been slow over the last century, it is absolutely undeniable that women have assumed significant roles of influence throughout American public life,” said Faulkner President Mike Williams. “Over the last 100 years we have seen women ascend to become corporate leaders, shapers of public policy, inspirational nonprofit executives and thought leaders of every facet of American civil life.”

During Haley’s time at the United Nations, she hosted the first-ever session devoted solely to promoting human rights. She has traveled the world visiting people oppressed by their own governments to see firsthand the challenges they face and to work with them directly on life-improving solutions.

Haley provided words of encouragement to young women who were in attendance.

“Push through the fear. The truth is if you push through the fear and you just do it, you will find out that you are so strong on the other side,” said Haley. “Once you do, you really allow your talent to show. You allow your passion to come through and it’s something that women need to encourage themselves to do. You don’t have to wait until someone else tells you it’s ok to do it. Just do it and prove to the world how great you are.”

“At our annual benefit dinner, we like to include elements of recognition,” said Billy Camp, associate vice president for advancement. “We like to honor individuals or groups of individuals with one criteria: shine a light where their deeds typically live in shadows. We edify good works, works of love, caring, heroism and service.” 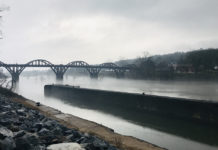 A Year of Business in Autauga and Elmore Counties 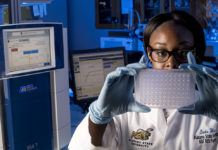 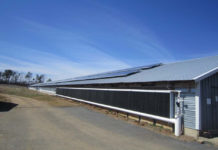 A Year of Business in Lee, Russell and Macon Counties