William Bowron Jr.
Bowron is chairman of the board, president and CEO of Red Diamond Inc. in St. Clair County, a family-owned company since 1906. He joined Red Diamond in 1991 after working in banking. He holds leadership roles with the Alabama Symphony Orchestra, Birmingham Business Alliance, Mountain Brook Sports Park Foundation, Preschool Partners Advisory Board, Rotary Club of Birmingham, World Presidents Association and more. He is a member of the Alabama Hospitality Hall of Fame. He is a University of Virginia graduate with a graduate banking degree from Rutgers University.

Greg Brown
Brown was named administrator of St. Vincent’s Blount in Oneonta in 2017. He is a seasoned healthcare executive, having served in several leadership positions, including CEO and campus administrator of Clinch Memorial Hospital in Georgia. He is president of the Oneonta Business Association, serves on the Blount 911 Advisory Board, is financial secretary of the Knights of Columbus Council 13512, is a member of the Alabama Hospital Association and Blount County Chamber of Commerce and is a 2018 Leadership Blount graduate.

John Bullard
Bullard is Blount County administrator and chief financial officer. A native of Blount County, he is a graduate of Wallace State Community College and the University of Alabama. Prior to working for the county, he worked as a financial planner and business consultant with AC Financial Partners in Birmingham. He is a Certified Financial Planner and a graduate of the Professional Development Academy.

Philip Cleveland
Cleveland is supervisor of workforce development and external affairs for the Marshall County School System and is a workforce development consultant. He is a member of the Blount County Board of Education. Earlier he worked in career technical education with the Alabama Department of Education. Cleveland holds bachelor’s and master’s degrees from Auburn University, an AA degree from Alabama A&M University and his doctorate from Nova Southeastern University. He represents Blount County’s healthcare industry on the Workforce Development Region 4 Council. He is owner of assisted living homes in Oneonta, a realtor with RealtySouth and serves on the governor’s workforce development board’s education committee.

Shane Ellison
Ellison is assistant to Gadsden Mayor Sherman Guyton. Ellison has worked for the city for more than 15 years, serving the last eight in the Mayor’s Office. Ellison serves on the Gadsden Cultural Arts Foundation, the Gadsden Planning Commission, the Etowah County 911 Board, the Downtown Gadsden Board of Directors and the Gadsden Water Works & Sewer Board. He also is a past president of the United Way of Etowah County and former board member of the Gadsden Etowah Patriots Association. An Auburn University graduate, he has advanced degrees from Jacksonville State University.

William Greene
Greene is assistant director of the Gadsden-Etowah Industrial Development Authority. He has worked with the IDA since 2004, and has been interim executive director since 2015. He served as chairman of Workforce Development Region 5 (now Region 2). He is a graduate of Gadsden State Community College and Jacksonville State University, with graduate work at Alabama State University. Greene is a nationally registered paramedic and a former U.S. Marine.

David Hooks
Hooks, a former director of Alabama Department of Economic and Community Affairs (ADECA), became executive director of the Gadsden-Etowah County Industrial Development Authority on April 1. A native of Attalla, Hooks has extensive economic development, public finance and industrial recruitment experience. For the last six years, Hooks has served as the director of innovation at The Edge of Chaos, a collaborative, creative group designed to spur innovation at UAB’s School of Public Health and beyond. Prior to ADECA, Hooks led the Tennessee Valley Authority’s industrial recruitment efforts.

Mike Howard
Howard was elected as superintendent of St. Clair County schools in 2018. He has a long career in education, as a teacher, coach and administrator, most recently as principal of St. Clair County High School. He is a graduate of UAB and the University of Alabama and has master’s degrees from UAB and American Intercontinental University.

Lyman Lovejoy
Lovejoy began Lovejoy Realty in 1971, specializing in land development. In 1998 Lovejoy was selected as St. Clair County Realtor of the Year and he is a former real estate commissioner. He currently serves on the Economic Development Council board in St. Clair County where he has served for the past 17 years. He also continues to serve on the Industrial Development Board and in other service organizations in St. Clair County.

Keith Lyles
Lyles is the controller for the Goodyear Gadsden manufacturing plant. He has worked for Goodyear for 25 years, working at other facilities and their headquarters in Kansas, Ohio and Georgia. Since returning to Gadsden in 2011, he has been active in Junior Achievement, Northeast Alabama Bicycle Association and Gadsden Commercial Development Authority. Working with the bicycle group, the city and the Gadsden Runners Club, he has helped develop more than 12 miles of trails at Noccalula Falls Park. Lyles is a graduate of Jacksonville State University with an MBA from Malone University in Canton, Ohio.

Brian Muenger
Muenger is city manager of Pell City. Earlier, he was Talladega city manager and a planner for the Heart of Georgia-Altamaha Regional Commission. Muenger earned a bachelor’s degree and an MPA from Georgia College. He is vice president of the Alabama City/County Management Association and serves on the International City/County Management Association. In 2015, he became the fourth recipient of the ICMA Credentialed Manager designation in Alabama.

Lisa Nichols
Nichols is the administrator of St. Vincent’s St. Clair Hospital in Pell City. She has worked in a variety of healthcare roles over the last 30 years. An RN, she has bachelors and master’s degrees from the University of St. Francis. She has participated in the Becker’s ASC Conference in 2015 as a panel speaker and was awarded the Alumni of the Year in 2016 from the University of St. Francis Health Services Administration program. Nichols serves on the Central Alabama Partnership for Training and Employment Board and is president of the new Alabama Care Network East Board.

Nanda Patel
Patel is part owner and operator of two IHG hotels, Holiday Inn Express and Suites in Gadsden and Fort Payne, which have been honored with top awards from IHG. Patel serves on the Etowah County/Greater Gadsden Tourism Board. She is active with the Gadsden Etowah County Chamber of Commerce and the Gadsden State Community College Cardinal Foundation. Patel’s awards include The Spirit of Citizenship, Peak Award, and IHG’s Quality of Excellence, the 2017 Fierce Award from the chamber and the Small Hotelier of the Year by ARHA. She also serves on the IHG Owners Global Peoples Committee, board of ARHA, Business Council of Alabama and AMLA, and is active in the Community Foundation of Northeast Alabama, The Walnut Gallery and the Rotary Club.

Wesley Rakestraw
Rakestraw is the director of Wallace State Community College – Oneonta Center, after a long career teaching at the school. Rakestraw earned both his B.S. and M.S degrees from Auburn University. He is a member of the 2008 Master Teacher Class and a two-time winner of Innovation of the Year from the NISOD League of Innovation. His second NISOD award also came with the John and Suanne Roueche Excellence Award for Faculty Leadership. Rakestraw has more than 25 years of experience in the Alabama Community College System.  He is a current member of the Alabama Community College Leadership Academy.

Phillip Williams
Williams is director of operations at Transglobal Services LLC and has been with this survey and land services company for more than 10 years. Although he works and travels around Texas, he has had an immense impact on his hometown of Gadsden. In 2017, he restored a building downtown, which became a satellite office for Transglobal and earned the 2017 Alabama Main Street Award for Excellence in Architectural Design. In 2018, he won the Chairman’s Award for the Chamber of Etowah County, highlighting his ongoing investment in the local community. 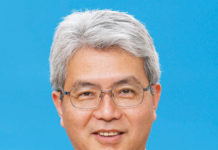 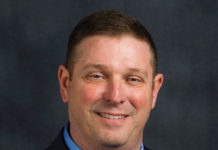 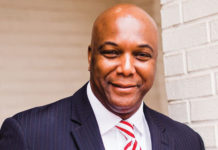