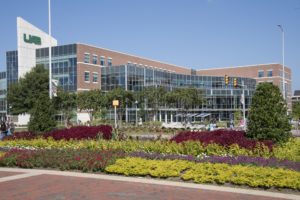 Birmingham-based Mike Slive Foundation has awarded six grants to help fund research into prostate cancer, two of them to researchers at the University of Alabama at Birmingham.

Founded in 2017, the Foundation has now provided nearly $1 million in research funds to fight the disease that affects one in nine men. The organization was founded by Slive, who is a former SEC and Conference USA commissioner, and by Birmingham attorney Ed Meyerson.