Oneonta-based Otelco’s lineage goes back more than a hundred years, to when rural telephone systems were being developed in the United States, and landline telephone service was the company’s foundation when it went public in 2004.

Otelco — its name is derived from Oneonta Telephone Co. — grew through a series of mergers and acquisitions and now provides landline telephone services in rural parts of seven states. Alabama remains its largest market, and the company also operates in Maine, Massachusetts, Missouri, New Hampshire, Vermont and West Virginia.

Most of Otelco’s $66 million in revenues last year resulted from its traditional telephone service, even though the company has been losing customers to cellular phones for years. Although traditional phone service still has a nice ring to it at Otelco, the company has dialed up a new direction for the future: providing faster service speeds, especially for internet connectivity.

Says Otelco President Richard Clark, who will become chief executive officer at the start of 2020: “Our biggest opportunity is to broaden fiber deployment to a bigger part of our market over time. We’re going to continue to deploy fiber and other technologies to increase service speeds to customers in our existing markets.”

In Alabama, for example, Otelco is spending $5 million for infrastructure improvements in the next two years. Part of that money is for a project under way and expected to be completed for the city of Arab early next year. That work entails the addition of 113 miles of fiber cable, which will bring faster internet speeds to 4,100 locations.

Otelco also has announced that 83 miles of fiber broadband will be made available to roughly 894 locations in communities near Arab — Ryan, Jones Valley, Summit and Strawberry.  And the company is looking at infrastructure and equipment upgrades to its cable network that would bring the capability of delivering the fastest possible speeds for the majority of Otelco customers in Blount County. Something around 6,000 locations could see such an upgrade beginning in the first half of next year, the company has announced.

In addition to improvements to fiber and cable, Otelco plans to deploy VDSL (very high-speed digital subscriber line) wherever feasible, which will nearly double the speed of traditional DSL. In Alabama, that will facilitate improvements to the company’s services in Blountsville, Nectar, Susan Moore, Snead and Walnut Grove.

“Since we do not offer cellular, data becomes the primary offering moving forward with voice (telephone) being an add-on,” says Curtis Garner, Otelco’s chief financial officer. “The $5 million investment in Alabama is focused all on data. With the increase in devices, apps and other OTT (over the top) options and services, we anticipate that customer demand for speed and usage will continue to increase.”

That’s how federal regulators, who essentially manage subsidies to local exchange carriers like Otelco, see it. Such subsidies were started long ago to help provide telephone service in rural areas at the same cost to consumers that urban customers paid. The methodology of those subsidies changed over time, but the idea has always been that those monies would provide communications services in rural areas at a fair price to the consumer.

Now, the federal emphasis is on decreasing the “digital divide” between urban and rural areas. Thus, the subsidies Otelco now receives are tied to commitments to increase broadband speeds.

“In many cases, the maximum speed is 6 megabits, so increasing to 25/3 requires a capital investment — a commitment that wasn’t there before. We’re going to spend significant capital to meet those performance requirements — 25/3 to every household in our market. That’s the deal.”

The company went public in 2004 and its name changed to Otelco. More mergers and acquisitions followed, creating its seven-state footprint.

With just more than 200 employees, Otelco is not large. The company has had its ups and downs, including a brief stint in Chapter 11 bankruptcy in 2013. In recent years, the company has reduced debt and is streamlining operations and systems for more efficiency.

As of late June, Sochet said he would definitely be interested in buying more stock. When he first invested in Otelco several years ago, the stock was selling for $2 to $3 a share. As this issue of Business Alabama went to press, it was selling for around $16 a share.

“There was so much value in the company when I first started buying its stock,” Sochet says. “The stock was cheap then and it still is.”

Sochet sees tremendous long-term value in Otelco’s assets and its goal of increasing internet speeds. “I have told the company that as long as the stock stays cheap, I will just buy it. They would be crazy to let me buy it at market price. I’ll buy the whole thing.”

Sochet sees high-speed internet as communication that changes the world, just as the printing press did hundreds of years ago. “High speed internet rules the world,” he says. “Once the revenues at Otelco are stabilized and start to grow, you can’t put a price tag on this company — once it’s considered a growth company.” 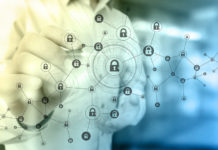