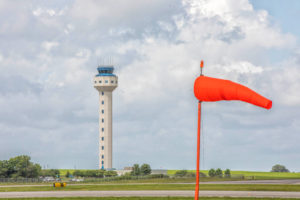 The taxiway C at Huntsville International Airport has reopened after a multi-million-dollar upgrade to minimize mid-field runway crossings, thus increasing the safety of the airfield.

The 10,000-foot taxiway runs parallel to runway 18L/36R and was under construction for four years after four years of planning. Contractors on the project were Reed Construction, Rutherford Contracting, WESCO, Garver Engineers, S&ME and Morell Engineering.

In 2018, the airport received a $29.1 million federal discretionary grant from the U.S. Department of Transportation to complete the construction of the taxiway.

The grant was awarded out of the 2018 Omnibus Appropriations Bill, providing the Federal Aviation Administration an additional $1 billion in discretionary grants for FY2018-FY2020, to support priority projects.

The airport is the largest commercial airport in North Alabama, serving more than 1 million passengers annually on five commercial airlines. In addition, it is home to the International Intermodal Center and the Jetplex Industrial Park and is a Foreign Trade Zone. Cargo is big business at the airport, with the air cargo market served by both domestic and international all-cargo carriers, including Atlas Air, Cargolux Airlines, Federal Express, DSV and UPS, which have locations at the airport.