In the early 1980s, parents were sent to jail for educating their children at home instead of in schools. Today, an estimated 30,000 families in Alabama belong to homeschool church and private schools and homeschool co-operatives, according to Christian Home Education Fellowship (CHEF), soon to be Alabama Homeschool.

“That is probably a low number,” says Erin Wainwright, of Erin’s Gulf Coast Homeschool Adventures. She cites the 3,000 families in Mobile alone.

According to Wainwright, there are multiple reasons for homeschooling in Alabama. In her case, special needs. Her daughter suffered from anxiety, and learning in a safe surrounding allowed her to mature into a more confident student. A lack of resources, such as in a rural area, is another reason. The number one reason, she hears, is bullying, which in today’s world is 24/7, with social media and other technological portals.

While the image of homeschooling is a parent with children isolated at home, the opposite is true. While parents still teach, there is a new world of online resources, such as Wainwright’s daughter studying writing with a live teacher and other children on computers across the U.S. She learned French from a French national living in Russia. Co-ops have risen offering clubs, teams, proms and other occasions for socializing — the lack of which has been a main criticism of home learning.

Instead of being just the primary teacher, home school parents today are becoming managers of their child’s education.

Wainwright is one of dozens of educational providers for homeschool families. Walking through the Homeschool Fair and Convention at the Wynfrey Hotel in Birmingham, booths are filled with instructors for music, martial arts, science, reading and writing, field trips, Spanish, dancing and many more.

Matthew Brown, a Ph.D. biologist who formerly taught in the University of Alabama at Birmingham Medical School, teaches at two co-ops. Between the two organizations, he teaches 200 students per week in five to six classroom periods per day. His subjects include physical science, biology, chemistry, human anatomy, marine biology, physics, geometry, trigonometry, forensic science, health and first aid. He is working on ways to video his classes so he can sell his classes online.

“I got started 16 years ago. We lived in a rural county that had mediocre schools, and we wanted to see if we could do better for the kids,” Brown says.

In the beginning, his wife, a UAB nurse, taught their two children (they now have 5) the traditional 3 Rs. When both children scored on high school level at age 10, the Brown’s decided to continue through high school. After his research grant was completed at UAB, he decided he was tired of being “chained to the lab bench” and struck out as a high school science teacher for homeschoolers. His oldest daughter, an education major graduate, now works with him in his teaching/tutoring business.

It is typical of homeschool co-ops to recruit instructors such as Brown, who points out that few public schools employ teachers at his education level. Brown is paid per student, anywhere from $50 to $225 per semester. Fees are collected from the parents, who write a check and send him a 1099.

Wainwright provides activities and field trips for Mobile homeschoolers. She began by offering a free service to homeschoolers by organizing trips to an Alpaca farm, or a state park or to the Dauphin Island Sea Lab. Her husband pointed out that earning income from her long hours could help the family’s bottom line. Today, she charges $8 per month, per family, for three activities per month. Her co-op serves 179 families, who last year experienced 49 events and 68 field trips. Her field trips include lesson plans for the parent-educator. For example, a water park visit included water testing, chemical evaluations and math designs.

While Wainwright started with field trips, she has expanded to partner with local colleges to offer classes such as Greek mythology, U.S. history and American literature. College professors teach 16 weeks on a subject that costs $150 per class per student.

While most groups are limited to the state, Clarissa Winchester specializes in traveling lessons: from Disney cruises to trips to Washington, D.C. and even abroad. Based in Birmingham, Winchester launched Field Trips R Us Homeschooling in 2013 and soon realized she needed to become a certified travel agent. With a reputation for good educational family trips, she has garnered a following of 3,400 families across the nation.

A homeschooler since 2004, Winchester found a dearth of field trip experiences for the homeschool family. While it is still a free service, with no added charges or membership fees for her services, her business may change with the increase in homeschool families.

“I never dreamed of doing this. Homeschooling has gone mainstream and the community has expanded to demand more services,” says Winchester.

There are three ways to homeschool in Alabama, according to Debbie Landry, of CHEF. In 1982, the Legislature passed the church school bill, allowing homeschoolers to come together in what is called a “cover school.” Lately, the private school bill allowed even more leeway for groups to form private schools within the separation of church and school. And a certified teacher can start a school for tutoring.

Landry started homeschooling in 1989 with her husband, who at the time was the administrator at the newly formed Crossroads Christian School, based in Community Presbyterian Church, in Moody. Her husband moved on, leaving his wife to administer and teach Homeschooling 101 to prospective members. The school serves more than 500 students from 270 families that pay $35 per month for 12 months a year. They serve a metro area from Blount to Talladega counties.

The Crossroads school provides resources such as Brown’s science classes. Every Friday, they hold classes at the church, including fine arts, choir, ballroom dancing, plays and math. They offer what many consider rites of passage for students: yearbooks, class photos and a prom. They also have clubs: key club, honor society and 4-H.

Most importantly, a cover school records, keeps and reports grades and transcripts, for life — the permanent record school children always dread to hear about. When college applications require records for homeschool students, Crossroads provides them.

“We help people keep up with what texts were used, which people want to know from homeschoolers. I tell them, ‘You can’t turn in grades on a napkin!’” says Landry.

Cover schools do not designate a curriculum. In her 101 class, Landry points out a small portion of the many options for study on every subject imaginable. One of the challenges of modern homeschooling is choosing texts from among the many.

Hundreds of educational providers around the state serve the homeschool community. Nature centers, such as Burritt on the Mountain in Huntsville and the Louise Kreher Forest Ecology Preserve in Auburn, offer special homeschool field trips, as do museums, libraries, theaters and colleges.

As homeschool numbers grow, so will the businesses sprouting up to serve them.

Verna Gates and Brad McPherson are freelance contributors to Business Alabama. She is based in Birmingham and he in Mobile. 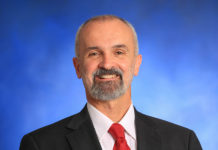 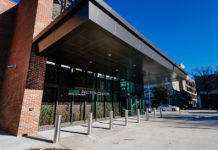 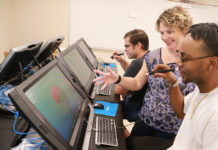