Chris Donohoo, owner of DonohooAuto in Pelham and Donohoo Chevrolet in Fort Payne, was center stage at year’s UAB Excellence in Business Awards sharing his deep regard for the university and his non-traditional drive to success in business. Donohoo has twice been recognized for UAB Excellence in Business Top 25, most recently in 2017 for “Fastest Growing Company – Over $10 Million” with impressive growth of 53 percent.

“What makes us different is our customer centricity, ” Donohoo says. “I had never been in the car business so I never learned the habits of the auto trade world. There are no tricks of the trade in my brain. I want to offer customers a car the way I would want it to be offered to me.”

And his customers concur, based on the level of repeat business and the trajectory his career has taken in a surprising twist on his original ambition.

Donohoo’s road to success wasn’t a path he anticipated as a standout member of UAB’s baseball team and later graduate assistant under Coach Gino Giangrosso. While he was preparing for his own career in coaching, Donohoo decided to sell a used car for extra income. He and his wife were just starting their family, and it seemed the prudent thing to do.

“I never planned to be in the car business, ” Donohoo says. “My plan was to be a baseball coach, but I kept buying and selling cars, and here I am today. In my head, I always wanted to start a business. If I was going to coach, I wanted to be a head coach. The successes I was having in car sales made my confidence level go up. I knew I could do this. Throughout my athletic career, I pushed myself to be the best I could, and I parlayed that in the business world.”

Donohoo says he was a strong student but not valedictorian material. Instead, the thing that set him apart was his decision-making skill. He says his two-year stint bartending was also helpful in giving him insight into what it takes to lead.

“I did nothing but talk to businessmen who came in, and I listened and understood what their world was like, ” Donohoo says. “It was a good segue to my business. I learned to take care of people and bartending really helped me understand what the customer wanted — what entrepreneurship was really about.”

Donohoo says his wife, Denise, deserves equal credit for the business success, working with him from the beginning whether on paperwork or delivering cars with two babies in tow. He looks forward to sharing his unique story and his gratitude for what UAB has meant to him in building a business that now includes both his brother and father.

“I want to show my gratitude to the university and let the people at UAB know how thankful I am to them for starting my journey, ” he says. “I’m so happy to be part of a platform like UAB that springboarded me into the American dream. It would have been hard to do if I hadn’t graduated from college and gained the understanding of the world it gave me.”

The catapult began with turning around that one used car via online advertising. After his first, surprisingly easy sale, Donohoo’s small-scale interest expanded, and he applied for his state retail license. During his first year, he sold 25 autos, turning them around as quickly as he could buy and market them. A picture of the 1991 black Ford Taurus, the one he sent to the state to acquire his license, hangs in his Pelham office as a reminder of humble beginnings. It was one of the first cars actually purchased at auction.

“Never in my dreams would I believe what I’m doing right now, ” Donohoo says. “I just kept going and going, and here we are now. We have close to 850 cars in Pelham.”

After his first year in business, Donohoo received a capital infusion from New South Federal and doubled his inventory by the end of 2003. He had been renting a small lot on Birmingham’s Southside, selling most vehicles online via Ebay or Yahoo Auctions.

“Ebay had just started, and it was a good time to be in the business, ” Donohoo says of those salad days. “There was not as much competition, so it was easier to put the car online and see them not only in Birmingham but to ship them nationwide.”

In 2004, Donohoo made the move from his $500-a-month rental lot to a larger lot in Pelham. But it was in 2005 that Donohoo says he made his smartest move in asking his brother, Pete, to join him in the automotive sector.

“That was my best move for this company, ” Donohoo says. “I was able to understand my weaknesses and understand something so valuable was available to me within my own family. Pete is a mastermind in accounting and finance, with a true understanding of the business world. He spent six years in the corporate world at Motorola and Protective Life. I knew if I could get a mind as brilliant as his, we could really go places. When he joined me in 2005, we elevated the business.”

The Donohoos purchased an adjacent property for the business in 2006. In 2008, he added the current facility that specializes in luxury names like Lexus, Infiniti, Audi and BMW at price points from $5, 900 to $100, 000.

“When you come to our dealership, you’re not going to get sold, ” Donohoo says. “You’re going to make your decision, and we are going to make it as easy as possible. Our people are there to help, and we want that experience to be awesome. Anybody can sell a car. We want our cars to be really nice and long lasting for customers. That’s how a customer can come here and be so excited to tell somebody else about us. That’s what’s helped us over the years — our referral is out of control.”

With word-of-mouth advertising boosting traffic flow companywide, DonohooAuto will soon celebrate its 10th anniversary in its current location and 20th anniversary as a company.  In 2013, Chris and his brother, Pete, purchased a Chevrolet dealership in Fort Payne, taking the business to the next level and more than doubling the number of employees in only a few years at the helm.

“We started selling all over the country and over the region, ” Donohoo says. “Now, probably 80 percent of our cars are sold locally.”

Donohoo’s business acumen, combined with an information explosion on the web, fired like a combustion engine to launch his automotive career.

“I happened to get into the car business at the right time, ” Donohoo says. “The industry was ready for a shift and ready for information to be in the customers’ hands. I wanted to go into this world with nothing to hide. You look at the market and respect the market. That is the backbone of entrepreneurship. You have to respect the market. It has been challenging at points, and at times things worked in our favor. We do whatever it takes to acclimate ourselves to whatever season we may be in.”

Cara Clark and Joe De Sciose are freelance contributors to Business Alabama. Both are based in Birmingham. 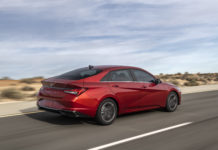 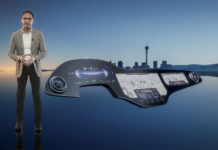