Mary Drennen remembers well the joys of the family dinner. Long an important tradition, this evening gathering was guaranteed to be the one time each day when busy lives were put aside in exchange for simple togetherness.

Alas, somewhere along the way dinner became merely another task to quickly check off the daily to-do list, lumped unceremoniously in with the business meetings, soccer practices and doctor appointments of today’s hectic family lifestyle. There never seems to be enough time to cook a real meal — and besides, a fast-food place is always nearby.

The problem is, hitting the drive-thru as you are rushing from one activity to the next is not exactly a bonding moment, or a nutritious one. While the family dinner is about more than just the food, you still need tasty food to have a truly enjoyable meal.

“My mother made a point every day that no matter what else we were doing, we sat around the table and ate dinner together,” says Drennen, a native of Birmingham. “That’s something I grew up with, and there’s real value in it.

“But those kinds of dinners are rare now. With all of the stuff we have to juggle, it’s extremely hard to get everybody around the table anymore. We don’t have the time or energy to create the meal that pulls the family together.”

Drennen and business partner Tiffany Vickers Davis are attempting to make things at least a bit easier with their company Nourish Foods, which provides home delivery of fully prepared, handmade meals that are easy to heat and serve. Operating out of a 5,000-square-foot space located above a nightclub in Birmingham’s Lakeview entertainment district, Nourish Foods is crafting about 4,000 to 6,000 meals each week and shipping them to 38 states.

The company’s target customers are people just like Drennen and Davis: working parents who struggle to find enough time to feed the family healthy meals.

“As moms, we needed to have something like this for us,” Davis says. “We want to provide meals for people who are busy and have that anxiety of leaving the office and wondering what in the world are they going to do for dinner for their family. We are here specifically for the purpose of easing that.”

Drennen and Davis met more than a decade ago while working in the Birmingham test kitchen for Cooking Light magazine, which Drennen says, “really laid the foundation for what we’re doing now” in terms of creating recipes. In 2007, they started a side business called In Good Taste, an events catering company that helped them learn the business side of the food industry.

Drennen eventually left Cooking Light and began working as a freelance recipe developer for several different companies. During this time she was hired by Iron Tribe Fitness to develop healthy, pre-prepared meals that could be delivered to its members. “That helped us figure out a lot of the pieces and the parts that led to Nourish,” Drennen says.

In 2014, Drennen convinced Davis to leave Cooking Light and work with her full time to start Nourish Foods. Davis had been with the magazine for 14 years and admits she was hesitant to depart, but also was intrigued by the idea of building a business that basically allowed her to play with her food.

“My mother is German, and she’d cook things like crepes for dinner and all these scratch-made soups,” Davis says. “Her stuff was delicious, and she never thought about how she made it. She just did it. That has always resonated with me, and it was something I wanted to do.”

In an effort to differentiate themselves from other meal-delivery services, Drennen and Davis wanted to emphasize their Southern roots (Davis is from North Carolina and worked at a restaurant in Charleston) while also creating healthy dishes. Of course, Southern food is not always associated with healthy eating. This has resulted in some creative substitutions, such as using cauliflower grits for their shrimp-and-grits meal.

“We try to take away some of things that are a little heavier, like butter,” Davis says. “We find ways to mimic the same flavors and textures of things that people are familiar with, but without the familiar impact. Because if it’s not nutritious, you might as well just go to fast food instead. That’s also fully cooked food, and it’s convenient. But we’re trying to move beyond that.”

The concept has proven to be popular so far. Nourish Foods began with three employees and did $250,000 in revenue during its first year, and nearly all the customers were in the Birmingham area. The company now has 25 employees and is on track for $2.5 million in revenue this year, with approximately 80 percent of the deliveries being sent outside of Birmingham.

“They’re a great company run by two wonderful women, and I think they’re going to surpass all their goals,” says Bebe Goodrich, founder of Icebox Coffee and current director of liquid product innovation for Royal Cup Coffee, who originally met Drennen at a forum for women business owners.

“The food industry is a competitive landscape, but they have been successful because they haven’t gotten distracted by what other people are doing. They just stay focused on what they’re doing. Foundationally they are so solid. The car is so well-built that growth for them is just a matter of turning on the key.”

With projections that the company’s revenue will double in the next few years, Drennen and Davis are looking for a larger space. And they acknowledge that it will become increasingly difficult to maintain the handmade aspect of their meals if they start producing 10,000-plus each week.

For now, however, Nourish Foods wants to continue creating healthy, handmade meals that help bring the family back together for dinner.

“Nobody cooks everyday anymore. There’s always going to be some eating out, or times when you have cereal for dinner,” Davis says. “But with us, people can at least have some sort of anchor meal three or four times a week. That’s what our goal is. We’re not trying to be the only food you eat. We’re trying to be a healthy solution for several nights.”

Cary Estes is a Birmingham-based freelancer writer for Business Alabama. 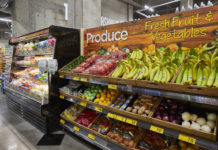 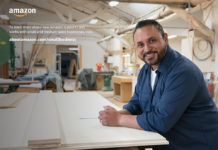 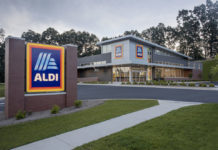