“They’re the best brands in the world,” says Dotdash Meredith’s CEO Neil Vogel of the Meredith magazines. “We thought there was a real opportunity to make them a bit more modern. A bit more digital.”

Among the Meredith brands sold to Dotdash is Southern Living, the regional lifestyle magazine that is published in Birmingham. The magazine is best known for its celebration of home décor, recipes, culture and travel south of the Mason Dixon line.

Additionally, the epicurean magazine Food & Wine is also based in Birmingham.

Now, the new Dotdash Meredith, headquartered in New York City, marks a new chapter for those and other magazines.

Dotdash’s beginnings stem from an early site called About.com. Launched in 1997, About.com was a general interest website where visitors could find information on practically any topic.

The New York Times purchased
About.com in 2005 from Primedia for $410 million. Then in 2012, IAC acquired About.com from The New York Times Co. for $300 million in cash and merged it with IAC’s own question-
and-answer service, Ask.com. Vogel
became About.com’s CEO in 2013.

About.com, however, was rebranded in 2017 as Dotdash, which scrapped the old site and replaced it with an assemblage of stand-alone, vertical brands. The brands included the health site Verywell, the tech site Lifewire, a personal finance site called The Balance and The Spruce, featuring home and garden content.

By 2021 Dotdash’s online content had a reach of about 100 million consumers every month.

“We’re digital media people at our core,” says Vogel. “We understand how the internet works and how to deliver content on the internet, specifically the kind of content that Meredith does, which is content that helps people make something, cook something, design something or do something inspirational for your life.”

Today, the new Dotdash Meredith says it reaches more than 200 million consumers a month across all of its platforms and plans to move many of its newly acquired magazines further into the digital age, Vogel says.

“The different brands we acquired all had varying needs,” says Vogel, “Southern Living and Food & Wine being in the closest shape to what they need to be going forward versus some of the other brands that need a little bit more work.”

Dotdash Meredith’s more than 3,000 employees include more than 150 in the Birmingham office, which includes 28 test kitchens and 13 photo studios that are creating content.

But Dotdash Meredith is making some changes. For instance, it announced it would eliminate the print editions of several well-known glossies such as
Entertainment Weekly, InStyle, Health,
EatingWell, Parents and People en
Español.

Additionally, Dotdash Meredith has eliminated approximately 200 jobs related to Des Moines- and New York City-based print publications that shifted to digital properties. Dotdash Meredith, however, has no plans for staffing changes in Birmingham, according to a company spokesperson.

“The whole digital strategy, for example, is built around a better consumer experience. It’s built around faster sites and fewer ads,” Evans says. “Ads are important, but there aren’t as many, and they’re not popping up all over the place. And everything produced is of the highest quality.”

Vogel adds that Southern Living will continue offering print editions of the magazine.

“We really believe that digital is the future of our business and economics,” says Vogel, “but print is a driver of culture.”

“It’s a digital world at this point, and I think to be successful, you have to commit to transitioning to digital,” says University of Alabama journalism instructor Mark Mayfield. Mayfield was executive editor of Southern Accents magazine before taking the helm as editor-in-chief of Traditional Home magazine in 2001, working out of Meredith’s Des Moines office.

He left the magazine industry for good in 2011 to work at UA as a student media adviser and instructor.

“That doesn’t mean getting rid of print completely, but it does mean you have to consider where your audience is and how they read your magazine. And most audiences are reading online at this point,” Mayfield says. “But I don’t think we’ll see print completely gone. There’ll still be a place for it.”

But the move to digital has been the death of many print magazines and newspapers around the country due to lost revenues, as digital ads are considerably cheaper than printed display ads, he says. But media companies are adapting to this new digital world.

“Digital isn’t new anymore. It’s established now in terms of marketing digitally and selling advertising digitally,” says Mayfield, “and a lot of this has to do with streaming video, and podcasts and all sorts of new platforms in the digital world where you can continue to give your editorial content to an even wider audience than you could in print.”

Meanwhile, as with any merger or acquisition, staffers at magazines must prepare for other changes.

At Samford University’s Brock School of Business in Birmingham, Assistant Professor of Management Reginald Harris Ph.D., says it is a good idea for employees in acquired companies to be attentive to the motivations of the acquiring company.

“It can be unsettling, but in the best situation, the acquiring company is going to communicate right away what employees should expect,” Harris says.

“We’re very bullish on Iowa and particularly Alabama because what sits at the talent pool in Alabama aligns with what we need to do well.”

Gail Short and Cary Norton are freelance contributors to Business Alabama. Both are based in Birmingham.

This story originally appeared in the September 2022 issue of Business Alabama magazine. 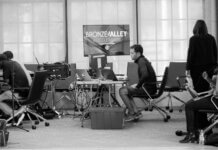 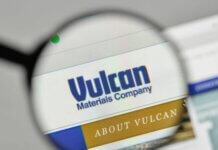 Alabama-based stocks end in the black after rough quarter 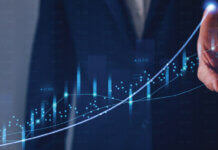 Alabama exports will see record year once 2022 data is collected