Stacey Brewer, executive coordinator for Neil Lamb at the HudsonAlpha Institute for Biotechnology, has been appointed board chair for the International Association of Administrative Professionals Foundation.

Clint Lovette, of Lovette Design + Build, was named the Home Builders Association of Alabama Remodeler of the Year for 2018.

Hoar Construction Director of Business Development, Alabama Division Clayton McKinnon was recognized by the International Council of Shopping Centers CenterBuild conference as one of its Rising Retail Leaders Under 40 for 2018.

Auburn University President Steven Leath has been appointed to a three-year term as secretary of the Council of Presidents of the Association of Public and Land-grant Universities.

Wallace State Community College Director of Information Technology Kirk Nugent has earned the status of certified in Governance of Enterprise IT.

University of North Alabama Police Chief Kevin Gillilan was selected to attend a 10-week FBI National Academy. Joan Williams, director of the Office of Diversity and Institutional Equity, has received the Louis Dale Diversity Leadership Award, presented by the Alabama Association of Higher Education Diversity Officers. In addition, Michael Pretes, professor of geography, has been elected vice president and president-elect of the Association of Pacific Coast Geographers.

The Alabama Grocers Association honored Curtis Lyons as Vendor of the Year and Danny Babb as Wholesaler of the Year. Lyons has served on the AGA’s board of directors for five years and Babb has served for two years.

Southeast Health has welcomed Devesh Dahale as director of health system engineering and Patti Taylor as director of graduate medical education administration. In addition, Amith Skandhan, an internal medicine hospitalist, has been named to the American College of Physician’s Top Hospitalist list for 2018.

Ward Muller is the new president and owner of Hydro Technologies of Mobile, which represents manufacturers of HVAC, plumbing and fire protection products.

Lauren Smith has been named president of Lanier Ford Shaver & Payne PC. She succeeds Ed Starnes, who was president for 11 years.

George Newton II, a partner with Starnes Davis Florie, has been inducted as an associate of the American Board of Trial Advocates.

Tommie Reese Sr., public safety director with the City of Demopolis, has been named the law enforcement coordinator for the Alabama Attorney General’s Office. In addition, A. Clark Morris has been appointed to lead the Attorney General’s Special Prosecutions Division.

Carol Aiken, clinical operations administrator and privacy and compliance officer for the Smith Family Clinic of Genomic Medicine, was appointed to the Alabama chapter of the American Academy of Pediatrics Practice Management Association executive committee.

Exchange 202, of Mobile, has added Jason McKenzie as director of community engagement.

Stephen McNair, of McNair Historic Preservation in Mobile, has been appointed by Gov. Kay Ivey to serve on the Southern Rail Commission. His term will expire in July 2022.

Jim Page, president and CEO of the Chamber of Commerce of West Alabama, has been appointed by Gov. Kay Ivey to the board of directors of the Alabama Partnership for Children.

Yolanda Sullivan, CEO of YWCA Central Alabama, has retired. Sullivan served as interim CEO in 2014 before being named CEO in 2015. She was the fourth CEO in the organization’s history.

Jimmy Dobbs, executive director of Agape of Central Alabama, is retiring after 33 years of service.

Newcastle Homes has welcomed Terri LoBretto as its sales agent for Camellia Ridge in Pelham.

Janice Harper, of Town Square Realty, has completed the final course of the Alabama Realtor Institute.

Birmingham Children’s Theatre has added Jessie Kisor as the new director of education. 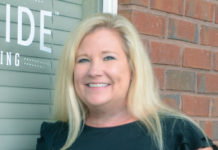 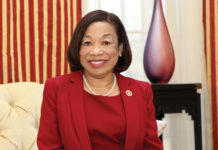 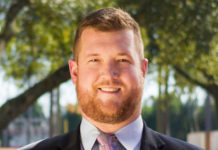