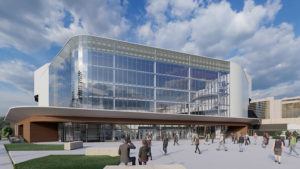 “The remodel of Legacy Arena is happening in conjunction with a huge period of growth in our city,” said Tad Snider, executive director and CEO of the BJCC Authority. “There’s so much activity and progress happening in and around Birmingham. The BJCC is proud to be part of it.”

The BJCC Authority held a pre-bid conference for prequalified contractors at the end of January and expects bids on the construction to be in by February 20.

The designs for the renovation were approved by the Birmingham Design Review Committee in December 2019.

Constructed in 1976, the Legacy Arena has 19,000 seats and has welcomed millions of visitors to the Birmingham region. Located in downtown Birmingham’s Uptown Entertainment District, the BJCC is within walking distance from seven restaurants and a coffee shop, as well as two hotels.

Prior to its closure in April, the Legacy Arena will host the Bassmaster Classic and concerts by Cher, Chris Stapleton and Lauren Daigle during the month of March.