After decades of decline, many historic downtown districts across America and Alabama are again thriving, and it’s happening with gusto in Opelika. Until recently, downtown Opelika hid a century of history behind its neglected facades. Renovated buildings now sport colorful awnings and new coats of paint the color of Necco wafers.  Today, vacant and unmaintained historic properties are thriving as restaurants, art galleries, shops and offices.

It indeed takes a village to revitalize a village—federal grants, Main Street programs, chambers of commerce and tourism bureaus. But it’s the private investor who breathes new life into a fading downtown. In Opelika, John Marsh came forward to perform CPR on the city’s commercial district.

While downtown Opelika was hardly a ghost town about six years when Marsh started buying buildings in need of tenants and TLC, it was a far cry from its current invigorated and revamped self.  Buying into a lackluster downtown takes a leap of faith and plenty of mettle.

“I told my wife that I was going to buy the whole downtown, ” recalls Marsh, who now owns 18 downtown buildings and says property values downtown have doubled since his initial purchase. “I’m my own worst enemy. I want to buy more properties, but I keep driving the value up.”

Today, Marsh operates JMarsh Enterprises Inc. and his many other companies out of an old building he owns in the heart of downtown near the Lee County Courthouse.  Opelika’s downtown district is now listed on the National Register of Historic Places and Marsh remains active in its ongoing renewal.

Although the city of Opelika made a “huge investment” in downtown revitalization, private investors have been essential to its success, notes Barbara Patton, president of the Opelika Chamber of Commerce. “Many private investors come and go, but John Marsh is still here. And he’s shown continued interest in the downtown.”

What’s needed to get a revitalization effort up and running is someone willing to invest in properties, in particular properties “not appraised very well, ” adds Pam Powers-Smith, director of Opelika Main Street. “Others were investing, but just in one or two buildings. Like many downtowns across the state, we were not an attractive location six or seven years ago when [Marsh] started buying buildings, and he struggled to find tenants for a while.”

When investors step in to purchase property, the entire landscape and attitude improves, Powers-Smith observes. Even when buildings remained empty until occupants could be found, confidence in downtown Opelika’s future was instilled and a sense of hope that something good was about to happen.

Marsh’s entrepreneurial nature emerged long before he began investing in downtown Opelika. The 41-year-old Albany, Ga. native was still a teenager when he started a business installing high-end audio systems. In his early 20s, he moved from Albany to Auburn, where he met his wife, Ashley, and started a salvage yard and also restored luxury automobiles and SUVs.

In 1995, the couple purchased an 8, 000-square-foot 19th century Victorian-style house in Albany in danger of demolition, which they dismantled and moved to Opelika. JMarsh Enterprises and Historic Possibilities grew out of this project. Materials salvaged from early structures can be purchased in his downtown Opelika showroom, along with furniture, such as plantation tables and beds that Marsh has custom-made from reclaimed materials.

Marsh is up at 4:30 a.m. and puts in 14-hour workdays, and time off is spent with Ashley and their two sons. When pressed to name a hobby, he mentions the joy of rummaging through antique shops. Yet his love for old stuff is really part of the job. And being the quintessential entrepreneur, he’s driven by passion with little distinction between work and play. On a recent hunt, he found a vintage vacuum cleaner he’ll recycle into a lamp.

His businesses have grown to include managing about 100 rental properties he owns in the Lee County area, and starting several companies focused on media, Internet and advertising.  He’s also involved with non-profit groups that help low income children learn to read and write.

“In the beginning, I took incredible risks and mortgaged everything we had, ” he admits. “It was almost like spinning the roulette wheel. I would spin it so many times that I became numb to it.”

While independence is a fundamental trait entrepreneurs share, successful ones know when to listen to others. Marsh credits several prominent businessmen who nurtured him along the way.

“Mentorship lets you see something in your world in a new way, ” notes Marsh. “It also lets someone have veto power in your life. My idea to build an indoor skydiving arena in Auburn was vetoed.”

Though Marsh didn’t move forward with the plan, he still relishes the thought of providing people with the opportunity to descend free-fall in an indoor space.  “The ‘dream squisher’ is what I call my wife, ” he says with a laugh. “She’s not afraid to veto my ideas.” 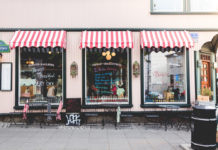 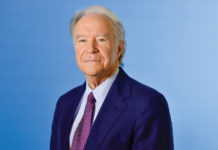 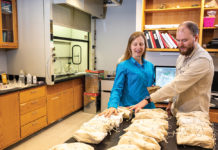