The indoor farm, located on Third Avenue North in Birmingham and operated by Frank Fitts IV and Jillian Fitts, hopes to initially produce organic greens, lettuce and herbs that are either not available locally or too expensive. The produce will be available through a retail storefront within the same building as their grow room.

“Growing up in Tuscaloosa, I have so many great memories from our family day trips to Birmingham, but I had no idea just how much I would come to love this city when I moved here six years ago,” said Frank Fitts. “One of my personal favorite things about our city is our restaurants. Birmingham is so blessed to have not only an amazing restaurant scene, but also amazing farmers markets throughout the area.”

However, despite the farmers markets, nearly 70 percent of the state’s largest city qualified as a food desert in 2019. A food desert, as defined by the USDA, is made up of neighborhoods where at least one in three people live more than one mile from fresh food and have no access to a car.

Frank and Jillian Fitts wanted to follow in the family tradition started by his grandfather in Tyner, North Carolina — recognizing a need in agriculture and filling the void. For the family farm in North Carolina, that was growing something unique from other local farmers — popcorn. For Frank Fitts IV, it is growing indoors hydroponically.

The hydroponic system has plants that are grown in a soil-like medium while nutrient-enriched water is circulated over the roots. This vertical farming uses less water than traditional farming techniques, optimizing the use of water, lighting and temperature to create the perfect growing environment.

While Yellow Hammer Farms is not open yet, its goal is to open soon. 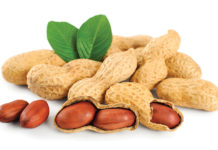 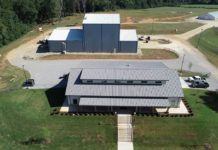 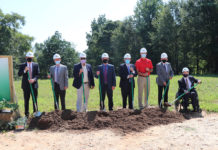