The National Institute on Aging has named the University of Alabama at Birmingham an exploratory Alzheimer’s Disease Research Center, one of 31 sites in 21 states and the only site in the region including Alabama, Mississippi, Arkansas and Louisiana.

“The establishment of an exploratory ADRC at UAB is an extremely important step in managing this debilitating disease,” said Selwyn Vickers, M.D., senior vice president and dean of the UAB School of Medicine. “People born in the Deep South have a higher risk for Alzheimer’s disease, and African Americans have a particularly high risk, due in part to the prevalence of diseases that contribute to dementia, such as hypertension, diabetes and cardiovascular disease.”

The UAB center will focus on racial disparities in Alzheimer’s disease. The center is looking for volunteers, specifically people over 55 who are healthy or have mild cognitive issues. African Americans and other underrepresented populations will be a priority.

“One of our goals will be to expand the diversity of those we recruit for studies into predicting, diagnosing and managing the disease,” said Erik Roberson, M.D., Ph.D., Rebecca Gale professor in the Department of Neurology and the ADRC center director.

UAB’s center will draw on its relationship with the UAB Integrative Center for Aging Research, UAB Neurology’s Memory Disorders Clinic and Center for Neurodegeneration and Experimental Therapeutics, Southern Research and the HudsonAlpha Institute for Biotechnology to conduct research that can bring about better understanding of the disease and how to treat it.

Among the tools that will be used in the ADRC’s projects are genetic sequencing, cognitive screens, medical histories, physical examinations, blood draws for genetic tests and brain imaging. 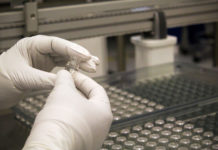 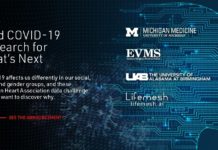 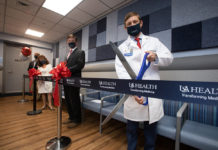