Trader Joe’s coming to Huntsville
Trader Joe’s will open one of its grocery stores in Huntsville’s MidCity District in 2021. It will be the second Trader Joe’s location in Alabama. The other location is at the Summit in Birmingham. – AL.com 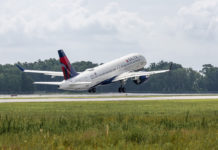