Back in the early 1800s, low-lying Mobile was plagued by yellow fever epidemics. So some residents would flee up the shell road to the slightly cooler and airier Spring Hill nearby, says Linda St. John, president of the board of directors of The Village of Spring Hill Inc. 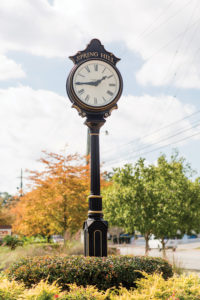 Fast forward to the turn of our century. The deterioration of Spring Hill’s commercial center and other issues concerned residents, who helped kick off the Village of Spring Hill organization, a nonprofit, volunteer group dedicated to beautifying the area. “We’ve come a long way since then,” St. John says.

Founded in 2006 through funding from the community, foundations, city and state, the nonprofit has fought against noncompliant development and put in $2 million worth of sidewalks, St. John says. “We aren’t a homeowner’s association and don’t charge dues,” she says. “But as time has gone on and people see all we’ve done to improve the community, we have gotten donations so we can do more.”

Early on in the organization’s development, State Sen. Hap Myers helped get a $350,000 national planning grant. The group hired Dover Kohl & Partners, nationally known for their work at Seaside and other communities. Working with Spring Hill residents, the Blueprint for Spring Hill master plan was developed and became part of Mobile’s overall comprehensive plan.

During one of its early battles, the Village of Spring Hill was able to get a new CVS Pharmacy to follow a more traditional design in keeping with the area. St. John points to other accomplishments of the organization, including the city’s first roundabout at Museum Drive and McGregor and pavers at crosswalks. “And we got passed a restriction on digital signs that was citywide for all of Mobile,” she says.

Kathy Hagood and Elizabeth Gelineau are freelance contributors to Business Alabama. Hagood is based in Homewood and Gelineau in Mobile. 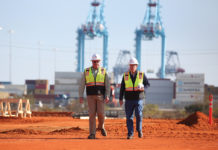 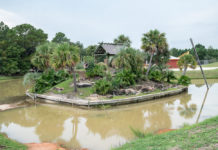 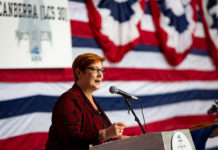