An oft-overlooked force in workforce development in Alabama sits on South Street in Talladega.

It’s the Alabama Institute for Deaf and Blind, which, in addition to providing education and rehabilitation services to deaf, blind and multidisabled people, offers several programs to get them trained for employment.

That isn’t always easy for AIDB’s clientele, but a number of programs, including the school’s Alabama Industries for the Blind and the E.H. Gentry Facility, are helping them overcome potential obstacles and become a part of the state’s workforce.

“Over the last few years, we’ve really been focusing on STEM careers,” Mascia says. “That’s where our people need to compete. We’ve developed partnerships with some federal entities and offer training for cybersecurity certifications for the deaf and hard of hearing and mechatronics training programs. Right now, we’re working with Toyota to develop a partnership with them so that we can begin training our kids for their jobs.”

AIDB’s E.H. Gentry Facility, established in 1968, serves as a trade school for the deaf and blind.

Last year, 173 people who went through training at the facility landed permanent jobs, joining thousands who did the same before them, Mascia says.

The programs at Gentry start at age 16 and also include older adults.

“Bruce Pearl stole what I love to say,” says Jessica Edmiston, executive director of E.H. Gentry, referring to Auburn University’s successful basketball coach. “He says Auburn is an ‘everything’ school now, and I say Gentry is an ‘everything’ program, from college prep to dual enrollment and different programs to prepare individuals for the world of work or career pathways.”

That starts with younger individuals taking jobs to learn “soft skills,” like how to dress on the job or the importance of being on time. As they get older, the training gets more specific to the jobs the individuals want to apply for.

For some, that might mean adapting equipment and processes for them to be able to do the job. For others, it might mean different kinds of equipment that would make the job more accessible.

“Our job at Gentry is to educate employers and businesses on the business of hiring people with disabilities,” Edmiston says. “We work with them and try to make it as seamless as possible for both the employee and the employer.”

A key is to convince employers that employing the deaf and blind can be a win-win situation, she says. “It’s not a liability. It’s beneficial to have a diverse workforce with differing perspectives.”

One Gentry success story? A deaf man who left Gentry, received his engineering degree at the National Technical Institute for the Deaf (part of the Rochester Institute of Technology) and now works at the University of Alabama in Huntsville as an engineering researcher.

“That’s an example of one of our folks having limitless dreams,” Mascia says.

Those dreams are also coming true at Alabama Industries for the Blind, a working manufacturing facility that employs more than 300, about 70% of them blind or visually impaired.

AIB deals mostly with textiles, including producing every military necktie for all branches of the military. (Their latest project? Producing the necktie for the new U.S. Space Force).

“We mirror what you would see in a standard commercial entity,” says Kyle Gregg, executive director of AIB.

That includes some of the challenges facing manufacturers, including maintaining a qualified workforce.

“We struggle with some of those same difficulties, but fortunately, and unfortunately, we have a talent pool that the rest of the world isn’t digging into,” Gregg says. “We’re able to offer career opportunities when other people aren’t opening those doors as much.”

That’s why AIB is focusing on training its workforce to move up in the ranks, Mascia says.

Some will stay, and others will head out into the general workforce, where there’s no reason they can’t succeed, the AIDB president says.

This article appeared in the July 2022 issue of Business Alabama. 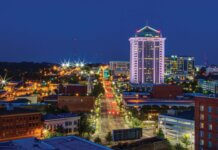 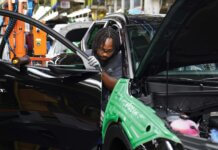 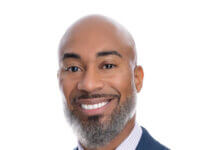 Podcast: Josh Carpenter on Southern Research, its mission and how it’s changing the face...