Most of us take it for granted that when we see the sights, we’ll see them in color. But for the 13 million people in the U.S. who are color blind, it’s not such a colorful world.

Fairhope-based SeeCoast makes those long-distance viewers you find at scenic overlooks, in state and national parks and wildlife refuges. Now, partnering with EnChroma, SeeCoast is incorporating an assistive lens technology that allows people with red-green color blindness — the most common type — to see sights more vividly.

The Tennessee Department of Tourist Development introduced SeeCoast’s new viewers with EnChroma technology back in 2017, quickly expanding the number of locations where they were offered. Now more states are hoping to incorporate the color-aiding viewers, said Kent Streeb, director of public relations and partnerships for EnChroma.

“For 60 years, we’ve been in the business of helping people appreciate scenic places around the world, never realizing how many were unable to enjoy these experiences the way the rest of us do,” said Mrs. Geraldine L. Cain, owner and president of SeeCoast.

Color blindness affects some 350 million people around the world. While people with normal color vision see more than a million shades of color, those with red-green deficiency see 10 percent or fewer of them. Scientists believe it is caused by an excessive overlap of red and green color cones in the eye. To alleviate that, EnChroma has developed lenses that filter selective wavelengths of light, thereby helping to alleviate the overlap and allow the eye to see a broader spectrum of colors. 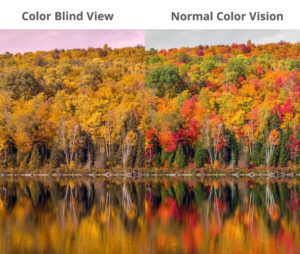 “The human eye evolved to see color in the natural world, and there is no better place than the great outdoors to demonstrate the impact of the EnChroma lens technology,” said Andrew Schmeder, co-founder and CEO of EnChroma.

“We are proud to work with SeeCoast, a leading maker of viewers that is well known by state and national park systems in particular, to expand access to more colorful experiences for those with color deficiency,” Schmeder added.

SeeCoast, a family-owned business, was founded in the 1950s and produces viewers and telescopes that are at sights at close as the Mobile Bay Ferry, as famous at Mount Rushmore and as far afield as you can imagine — in 80 countries around the world and counting.

In addition to the lenses adapted for outdoor viewers, EnChroma makes indoor and outdoor glasses for people with color blindness. The glasses are especially helpful for people working with color-coded information, such as maps and charts, said Streeb. EnChroma earned National Institutes of Health funding for its research and also earned the 2016 Tibbetts Award from the U.S. Small Business Administration for its impact on the human experience through technology. 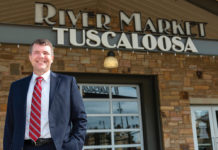 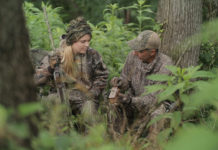