For many of us high school was bittersweet and not necessarily an experience we long to repeat. Yet we might consider reliving those days if given the chance to attend the new Auburn High School.

This is not your father’s high school. Three buildings — academic, athletic and performing arts — provide nearly everything a state-of-the-art 21st century high school can offer.

There’s a classroom containing tanks filled with hundreds of species of fish. A relaxing, open space is used exclusively for “Tiger Time, ” a free period to allow students to do whatever they like, from socializing to homework.

Doors of the 350, 000-square-foot complex opened to inaugural classes this August. Built to accommodate 1, 900 students, the new high school was constructed by Auburn-based Rabren General Contractors Inc., one of the largest privately held general contractors in Alabama and one that has carved out a niche in school construction in the Southeast.

“Education construction, both new and renovation, makes up a portion of our work, as do other construction markets as well, ” says CEO Matt Rabren. “We have quite a large resume of education experience, including the recently completed new Auburn High School, a $67 million project for Auburn City Schools.”

The high school was designed by Perkins + Will, a large architecture firm established in 1935 and based in Atlanta. TCU Consulting Services in Montgomery provided construction management services. The project took about 48 months from initial planning to completion. Each building is structural steel construction with load-bearing masonry and precast concrete decking.

Says Auburn City Schools Superintendent Karen DeLano: “The team working with Auburn City Schools, TCU, Perkins + Will Architects and Rabren Construction, have worked long hours to meet the deadline of the ambitious timeline for this project. Program management was critical for a project this size, and Rabren working closely with the architects and TCU consultants was absolutely necessary.”

Rabren General Contractors was founded by brothers Mike and Travis Rabren as a small business providing municipal services and residential remodeling work in the Auburn area. In 2003, Matt joined the company, which he co-owns with Mike. Travis died in 2008 after battling cancer.

The company now employs 140 people. In addition to schools, clients are in many sectors, including commercial, healthcare, retail and mixed-use, hospitality, governmental and multi-family housing.

“Work in the education construction market began in 2000, the year the company was founded, ” notes Rabren, an Auburn University graduate in civil engineering.

Other education projects include a number of buildings for Auburn University. The two-story, 225, 000-square-foot Auburn University Small Animal Teaching Hospital was completed in September 2014, and serves as an animal research building and teaching hospital. 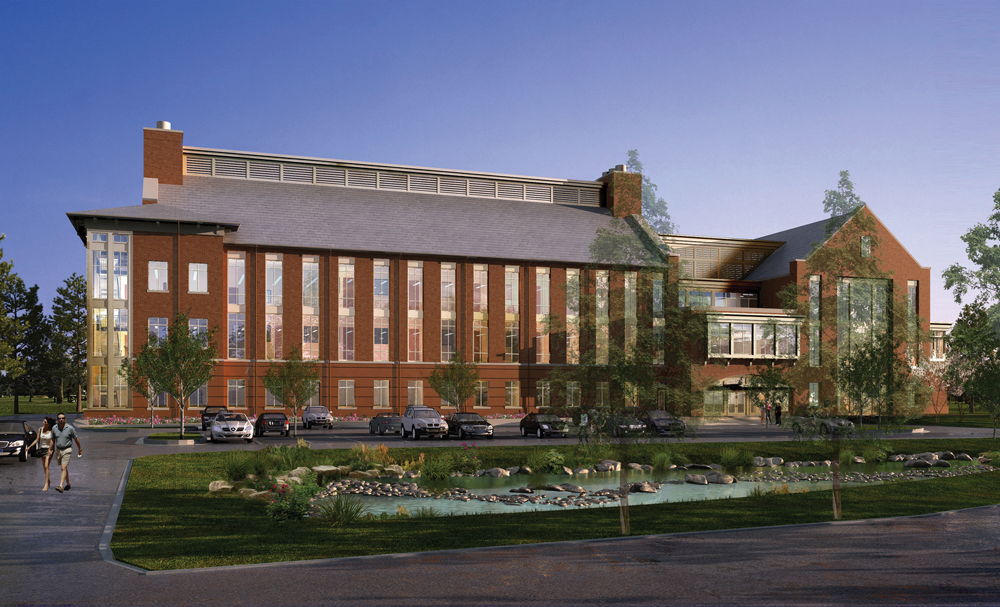 ABOVE Auburn University’s Center for Advanced Science, Innovation and Commerce was a $28.8 million project.

“Over the years, Rabren has bid a lot of our work, ” says Scott Fuller, executive director of design and construction in Auburn University Facilities Management, who adds that the company won many of those projects.

While challenges are inherent with construction projects, whether in education or other sectors, school projects must follow the academic calendar. The first day of class at Auburn High School was Aug. 9, so construction deadlines had to follow a strict schedule.

“Certainly, they have had projects with tight schedules, tight sites and a great deal of coordination required where they have, indeed, finished on schedule, ” Fuller says, “which is, of course, extremely important regarding academic classes starting back.”

“Each construction project brings a specific set of challenges, but with school construction one of the most challenging aspects is construction schedules that align with the school calendar, ” says Rabren. “These projects must finish when the school opens.”

Rabren’s school construction expertise extends to stadiums. The company built the Alabama State University Football Stadium, which seats 26, 500 and was built to expand to 55, 000 seats. In addition, Rabren built the University of Alabama Sewell Thomas Stadium, a baseball stadium complex that involved demolishing the existing stadium. 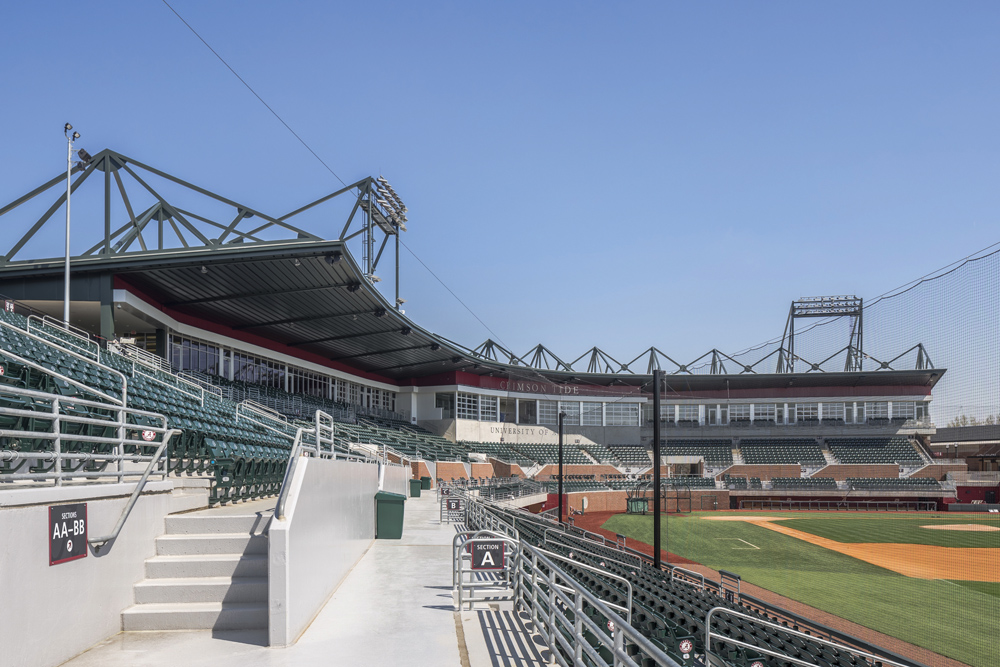 “Just knowing we have these projects on these campuses is something we are very proud of, ” said Mike Rabren in a Dec. 17, 2013 issue of US Builders Review, a construction industry trade journal. “We are involved in the construction of educational buildings that will be around for years and years. It makes it all worth the challenges.”

Concerning current trends in school construction, Rabren says multi-use environments are particularly popular, as are collaborative work spaces and areas where students can work together in small teams.

“In the recently completed Auburn High School project, these areas can be found not only in the media center but the main hallways as well, ” Rabren continues. “These collaborative workspaces are also found in faculty areas. It seems the trend is teamwork and creating an educational environment to foster this teamwork.”

Education construction is strong nationwide. The U.S. Census Bureau estimates that spending on education construction, which includes museums and libraries, in 2016 increased by 6.5 percent to $88.9 billion, the most spent since 2009 and the largest year-over-year percentage gain since 2008.

Rabren says parts of Alabama have experienced this increase in school construction.

While Rabren is proud of all of his company’s projects, one that has given him a great deal of satisfaction is the new Auburn High School.

“It’s the flagship high school for the community in which most of our employees live, and we know the impact it will have on our community for many years to come. We are always proud of those projects that we know will positively impact the communities around them.”

Jessica Armstrong is a freelance contributor to Business Alabama. She is based in Auburn. 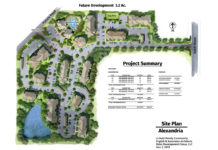 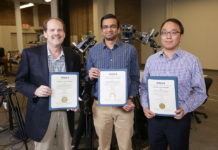