This article appeared in DesignAlabama and is republished with permission.

Parks have long been recognized as a primary contributor to the quality of life in a community. From tiny pocket parks that offer respite in the bustle of an urban setting to large, multifunctional sports and entertainment complexes.

The city of Albertville has long been united by a common goal to create a world-class park, and this ambitious vision is about to be realized. Slated to open in August in Albertville is Sand Mountain Park & Amphitheater — a sports, leisure, wellness and performing venue. Designed by Montgomery-based Chambless King Architects, the project has been envisioned by the community for more than 20 years.

“Since 2017, our design team and the city of Albertville have been striving to understand how the design of Sand Mountain Park & Amphitheater should reflect this special place and its special people in an extraordinary 135-acre park,” says John Chambless.

Dix.Hite + Partners was a key collaborator on the master plan. The landscape architecture firm provided full landscape architectural services for Sand Mountain Park that included hardscape design, landscape design and playground design for a variety of play experiences at the site. Dix.Hite also provided these services for the park’s outdoor amphitheater and the outdoor aquatics center, along with its splash pad, lazy river and waterslides.

Sand Mountain Park is designed for all ages, skill levels and capabilities. It also had to be designed to be economically viable and able to support the sports tourism industry while serving the community as its primary function.

With that in mind, there are 14 separate synthetic sports fields for recreation league and tournament play. The sports field parks will open their concourses to allow for playgrounds and activities for all ages while the fields are in use. Miracle Field will be used by players at any level of ability.

The aquatics program, with its indoor and outdoor facilities, will accommodate the smallest swimmer in the splash pad and lazy river to competitive swimmers in the spectator-friendly, eight-lane indoor competition pool. In addition, four contiguous indoor basketball courts — which include an elevated running track — will provide an arena that seats 2,000 people.

Along with the 12 hard courts for regional tournament play, four new clay courts have been added for tennis and pickleball players of all ages and skill levels. Space for disk golf will weave between the sports fields. The park also contains an RV park, dog parks and over four miles of hiking and riding trails.

Playgrounds are also part of the park, along with picnic areas. There’s plenty of parking on the site with 1,600 spaces. And music lovers have a place to gather to enjoy performances and all genres of music.

“The 8,000-seat amphitheater includes a stage designed to not only host national touring acts, but also support the 300-member high school band that is a regular at the Rose Bowl Parade,” explains Chambless. “It seems music has a long history in Sand Mountain and is a vital part of the soul of this community.”

Sand Mountain Park & Amphitheater is accepting memberships and is also registering tournaments for competitive play later this year. Venues within the park are too many to list, but the theme remains the same, Chambless notes.

“The focus is on the quality of life for the citizens of the Sand Mountain region and the mandate that every member of this unique community will be able to enjoy this park in any weather condition at any time of the year.” 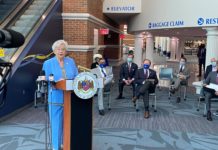 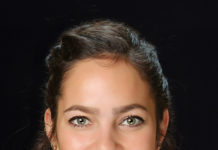 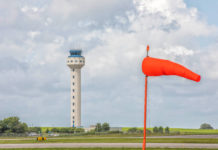