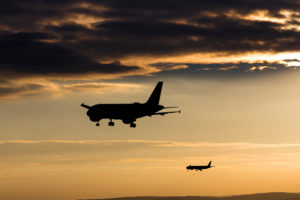 Alabama’s airports are estimated at a total spending output impact of $5 billion in 2019 on the state’s economy. In a recent report conducted by Keivan Deravi, of Economic Research Services Inc., it is estimated that approximately $1.7 billion of this total economic impact is solely due to the aviation and aviation related activities.

“Airports across the state of Alabama have been critically impacted by the Covid-19 pandemic,” said Todd Storey, Aviation Council of Alabama president. “This report shows that it is imperative that air travel regains momentum and that organizations return to the sky as a part of conducting business. This is because if they do not, it will be detrimental to not only aviation and the airports, but also to the local community and national economic recovery as a whole.”

Alabama’s 76 airports employ approximately 69,200 direct and indirect jobs and have more than $2.6 billion in additional payroll to the economy of the state.

These six commercial service airports and their auxiliary businesses collectively add a total of $948.1 million to the state’s economy in the form of non-payroll business transactions. These airports are directly responsible for a total employment of 16,200 individuals and a total direct addition of $1.6 billion to Alabama’s economy.

“This report illustrates the impact of Alabama’s six major commercial service airports on the state’s economy,” said Rick Tucker, the Aviation Council of Alabama legislative committee chair and CEO of Huntsville International Airport. “For every $1 investment in these airport core businesses it can generate $5 of additional income for the local community and the state of Alabama. It validates the need for continued development, expansion and improvement to Alabama airports in order for them to meet the needs of tomorrow’s business environment so that they will continue to substantially impact Alabama’s economy.”

For 2019, for the six commercial airports, there was a total of 2,857,749 passenger enplanements, with 1,545,308 of those taking place at Birmingham-Shuttlesworth International. However, as for total employees, Huntsville International takes the top spot with 6,114 employees (including data for cargo operations and the industrial parks), with an estimated payroll of $272,177,956 and non-payroll expenditures — such as operation and management expenditures — of $390,624,913.

Estimates for total economic impact for each of the six commercial airports is as follows: