When it comes to the environmental regulation landscape in the United States, one thing can be said with absolute moral certainty — uncertainty abounds.

In the past two years, the Obama Administration — through Environmental Protection Agency regulations — has strengthened greenhouse emissions regulations for power generation companies, airlines, long-haul trucks and buses. In addition, the president and EPA have moved, in effect, to place more water under federal regulation.

There has been and will continue to be opposition to the regulations, but key Alabama attorneys remind businesses that they must deal with the regulations and plan accordingly. And it isn’t the number of regulations or their overall objectives that are giving businesses and even environmental groups fits.

“The biggest challenges our clients have seen are more an interpretation of the policy guidelines and agency guidance that have been issued or developed to deal with some of these regulatory issues, ” says Bart Turner, 43, an attorney with Maynard Cooper & Gale in Birmingham. “That has really left a lot of uncertainty and unknowns left open to broad interpretation.”

From Turner’s perspective, the Obama administration has purposely avoided Congressional gridlock by issuing regulations through the EPA, instead of traditional legal avenues. That has made it easier to put new regulations into play and — because they are open to interpretation — more difficult for businesses to contest.

As an example, a years-long situation in North Birmingham that requires the removal of contaminated soil from more than 1, 100 properties now carries with it the responsibility to carry out an environmental justice initiative that was signed as an executive order in 1995.

The initiative, which calls for federal actions to address environmental justice in minority populations and low-income populations, was handled differently and with less emphasis by the Clinton and Bush administrations. But the EPA under the Obama administration has made it top-of-mind, making clean-ups like the one in North Birmingham more complicated and expensive.

“We have a client in the area that has gone through some pretty involved remedial cleanup projects that, because of the environmental justice initiative, now requires a high degree of community involvement, ” Turner says. “The real challenge there is that remedial cleanups are typically driven by hard data of contaminant levels. But now you’ve got the intersection of evaluating the socio-economic impact and community involvement.

“For stakeholders, it really leaves it unknown in terms of what the ultimate cleanup objective is going to be, ” Turner says. “It’s sort of a game changer as far as where a cleanup would have been 10 years ago. It’s a different dynamic that isn’t quantitative.

Sid Trant, an environmental lawyer with Bradley Arant Boult Cummings in Birmingham, has a client that has dealt with the same environmental justice initiative in North Birmingham. Non-compliance, he says, isn’t an option.

“Underprivileged and minority areas are what they (EPA) want to focus on, and North Birmingham has become one of their priorities, ” says the 54-year-old Trant. “But, even so, they’re supposed to proceed in a somewhat fair and judicious manner, which I don’t think they are. They are making it (so that his client doesn’t have a choice but to comply), and that’s a problem. Given the way the law is written, at some point, the matter can be before a federal court judge but just not now. So, to some extent, we’re at their mercy.”

But businesses can’t just sit on their hands. “You’ve got to know what’s coming out of Washington, ” Trant says. “We’re engaged from a government relation standpoint. We’ve lobbied for help in that regard. We’ve engaged EPA at both the policy and technical level to try to change or improve the rules, and I think that has resulted in something better for us.

“But you can’t advise a client to just ignore things; the regulations have the force of law, ” Trant says. “You have no choice but to plan accordingly. You have to determine what the rule requires, whether you can comply with it, how much it will cost, the time period for implementing the rule, the time period for any controls or changes in your processes you need to make. I’m glad people challenge the rules, sometimes you have to do that. But as a business, you have to try to learn what the rules are and what the risks are and plan accordingly.”

Neil Johnston, 62, an attorney with Hand Arendall in Mobile, also talks about the necessity of keeping up with the “overwhelming” amount of regulations currently in play. Environmental regulations, he says, are just like equipment in that, from time to time, they need to be updated or replaced. Who makes the rules and enforces them is not really his concern.

Stephen Gidiere, 44, a partner with Balch & Bingham in Birmingham, says that the Obama administration’s Clean Power Plan, which focuses on carbon emissions, will lead to further litigation. “What’s unique about (those regulations), from my perspective, is they don’t just regulate the power generation plants at issue, but they regulate other aspects of the electricity system that really aren’t traditionally subject to regulation, ”
Gidiere says.

“For example, the rule would require not just for power plants to improve their efficiency to reduce greenhouse emissions but also would require states to have efficiency programs or mandate reductions in electricity usage. Those are things that EPA has never done before, never tried to do before. Whether their authority reaches that far will certainly be litigated. Any business that has an impact on carbon emissions is potentially subject to regulation.”

In late June, the U.S. Supreme Court added to the uncertainty of environmental regulations by ruling that EPA did not consider the costs that power plants would incur to reduce mercury emissions. The case was sent to be settled in a lower court, but the immediate outcome remains unclear.

Gidiere says America is in a “very aggressive” time as far as environmental regulation goes, and uncertainty adds to risk for businesses.

“All the companies I deal with want very much to improve the environment and comply with the rules, but sometimes the people who write those rules don’t understand the businesses they are regulating, ” he says.

“They are not concerned about the economic impacts. They’re more concerned with other policy goals, and I think that has a real impact. Environmental law used to be the third or fourth issue on the charts of business risks, but for a lot of companies now, it’s number 1.” 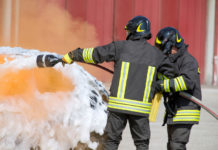 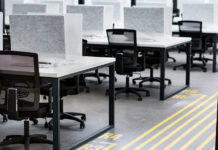