Last year, BWX Technologies Inc., a $1.7 billion nuclear technology company headquartered in Lynchburg, Virginia, was awarded an $18.8 million contract by NASA to begin designs for a nuclear thermal propulsion reactor in support of a possible future manned mission to Mars. In June, the company opened a new facility in Huntsville’s Cummings Research Park to support the development of that technology.

BWXT has an impressive history dating back to the 1850s, when, as the Babcock & Wilcox Co., it patented the first water tube boiler. B&W went on to supply boilers for the Brush Electric Light Co. in Philadelphia in 1881, the first subway in New York City in 1902 and Teddy Roosevelt’s Great White Fleet in 1907. In 1953, when the U.S. Navy wanted to develop the world’s first nuclear-powered submarine, it naturally turned to Babcock & Wilcox to provide the technology.

“BWXT is the most prolific nuclear business, certainly, in the western world, if not the entire world,” says President and CEO Rex Geveden. “What distinguishes us from other companies, in addition to our nuclear history, is the fact that we possess certain licenses that enable us to handle the type of nuclear fuel that would be necessary for a space mission. In this particular case, that’s high-assay, low-enriched uranium, and we’re the only commercial company in the U.S. licensed to handle such material.”

He adds that should any of these missions require highly-enriched uranium, BWXT is also the only commercial entity authorized for its use as well. “Our licensing and material handling capabilities are unique, literally unique, and a very difficult credential to obtain.”

Opening the Huntsville facility is a bit of a homecoming for Geveden and BWXT Vice President of Advanced Technologies Jonathan Cirtain, who both spent the majority of their distinguished careers stationed at NASA’s Marshall Space Flight Center. Geveden was with NASA for 17 years, 14 of them in Huntsville, and served as chief operating officer responsible for a $16 billion portfolio of work that included the agency’s technical operations of science, aeronautics, space operations and exploration, as well as overseeing NASA’s 10 field centers. Cirtain spent nine years at the Marshall Space Flight Center, where he led and contributed to numerous space missions and concluded his tenure as the manager of the Science Research Office.

Though they now operate out of BWXT’s Lynchburg headquarters, both men feel a strong connection to the Huntsville community, and when it came time to decide on a location for the headquarters of its latest project, Huntsville was their first choice.

“We were certainly drawn to the workforce,” says Geveden. “Huntsville has a huge number of educated, bright, capable people, and that was a real attraction to us.”

“So, the workforce is the number one reason; number two is access to facilities,” Cirtain is quick to add. “Huntsville is replete with facility access, either on the Redstone Arsenal or in its many research parks, and those facilities offer a lot of unique capabilities for advanced technology development, deployment and manufacturing.”

At the ribbon cutting in June, Geveden told reporters that BWXT’s role in Huntsville will focus on creating new markets in the area, not competition. “There are a number of highly-advanced, well-vested technology companies in northern Alabama, and we collaborate very well with those companies, without carving up their wedge of the economic pie,” Cirtain affirms. “There’s a really good synergy for us there.”

Under the leadership of Gene Goldman, BWXT’s director for NASA programs, the Huntsville facility will work on developing a nuclear thermal propulsion reactor that, as part of a rocket engine, will be used to propel spacecraft at a much faster rate than that provided by a traditional chemical propulsion system.

“Once developed, the nuclear thermal propulsion engine could dramatically reduce the amount of time it would take to get human astronauts from Earth’s orbit to Mars, from roughly eight months down to just five,” says Cirtain. “This design also permits mission abort scenarios, whereas there are no mission abort scenarios for other propulsion options. So we see nuclear thermal propulsion as an enabling technology for deep space exploration.”

To start, the BWXT team is focusing on the development of characteristic fuel elements that NASA would use for the nuclear thermal propulsion system, and testing those elements at the Marshall Space Flight Center.

“We just completed what we call the zero fuel element test, where we took a surrogate fuel element and demonstrated that the weld technology we would use for that element would stand up to the 2,200 K environment that fuel element would operate in,” explains Cirtain. “In simpler terms, that means we just demonstrated that our fuel and welding process can handle the intense temperatures it would see during a trip to Mars. That’s a pretty big deal. That’s technology that did not exist when nuclear thermal propulsion was first imagined in the late 1960s.”

It’s a technology that could be used in interplanetary spaceflight, including a mission to the Red Planet. In the meantime, it’s also a development that NASA and other agencies will look to for more near-term, in-space capabilities that aren’t directly related to Mars exploration. And that could mean growth for the Huntsville office in the next few years.

“As we understand better what NASA and the U.S. government’s aspirations are for demonstrating near-term success and technology maturation, we’ll begin making decisions about what our staffing plans look like,” says Cirtain. “Whether we’re talking about steam vessels for boiling water or pressure vessels for advanced energy conversion, it’s all about understanding how to manufacture high-consequence components. For over 160 years, BWXT has excelled at the development of manufacturing techniques for high-consequence systems,” says Cirtain. “And we still do it every day.” 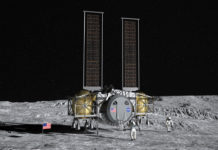 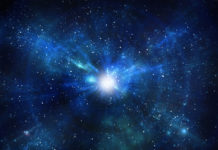 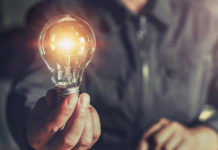