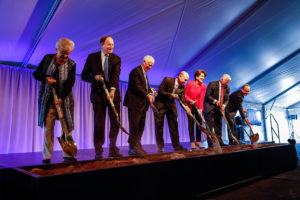 Lockheed Martin is building a new facility and expanding its existing Courtland location to accommodate its latest contracts for hypersonic weapons.

In August, Lockheed Martin was awarded a $347 million multi-year hypersonic weapons development contract from the U.S. Army to develop and integrate a land-based hypersonic strike prototype.

The effort is part of the Army’s modernization priority — long range precision fires — and administered by the Army Hypersonic Project Office, part of the Army Rapid Capabilities and Critical Technologies Office.

In addition, Lockheed Martin is working with Dynetics’ on the Common-Hypersonic Glide Body prototype contract. Lockheed Martin’s Long Range Hypersonic Weapon prototype, coupled with Dynetics’ Common-Hypersonic Glide Body, will introduce a new class of ultrafast long-range missiles that can be launched from ground mobile platforms. The Long Range Hypersonic Weapons are expected to deliver residual combat capability to soldiers by 2023.

On Monday, Lockheed Martin announced that it was establishing a new facility for the assembly, integration and testing of hypersonic programs and locating the management and engineering workforce for these programs in Huntsville, establishing 200 new jobs over the next three years. It also is expanding its Courtland facility with two new buildings, bringing 72 jobs to Courtland, with additional job growth expected.

Marillyn Hewson, chairman, president and CEO for Lockheed Martin, was in Courtland Monday, along with state and federal officials, to make the announcement about the expansions in Northern Alabama.

For several decades, Lockheed Martin has done research and development on rockets and space launch vehicles, tactical missiles, space exploration and air and missile defense targets at its Alabama facilities, which employ more than 2,000 people.

“The decision to bring hypersonic manufacturing to this region would not have been possible without the support of the State of Alabama, our local partners including Lawrence and Madison counties, the cities of Courtland and Huntsville and the Tennessee Valley Authority, as well as those elected representatives in Congress,” said Scott Keller, vice president and general manager for Strategic and Missile Defense for Lockheed Martin. “On behalf of Lockheed Martin, we are honored to expand our presence in Northern Alabama and watch as the next cohort of innovators take advanced defense technology to levels we once thought were impossible.”

Governor Kay Ivey tweeted, “Lockheed Martin has a long, successful history with Alabama. Today, I’m excited to break ground on its newest facility! We are proud to be a part of their efforts to further support our military as they develop new hypersonic strike capabilities right here in north Alabama.” 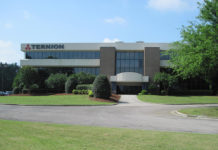 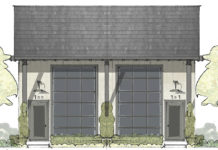 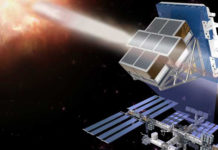