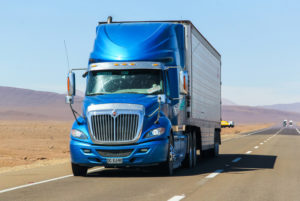 Navistar, an American holding company created in 1986 as the successor to International Harvester, owns the International brand of trucks and diesel engines. It operates assembly plants in Huntsville, as well as Mississippi, Arkansas and other global locations.

Revenues in the quarter were $1.9 billion, down 36 percent from second quarter 2019. The decrease was primarily driven by the impact of Covid-19, resulting in lower volumes in the company’s core market of Class 6-8 trucks and buses in the United States and Canada.

Chargeouts were down nearly 40 percent compared to the same period one year ago.

During the quarter, the company took several actions to position itself in response to the global pandemic. In April, it announced a series of actions to conserve over $300 million of cash for the year, without jeopardizing its strategic plans. The actions include savings from provisions of the CARES Act, postponing capital expenditures and spending, and deferring the base salary of U.S. based exempt, non-represented employees. Also in April, the company completed the issuance of $600 million senior secured notes.

“We are focused on preserving cash and reducing cost, but not at the risk of sacrificing our future,” said Walter Borst, Navistar chief financial officer. “We remain steadfast in pursuing Navistar 4.0, and while some programs and expenditures have been delayed, they have not been cancelled. It’s important that we continue to invest in our company, even in these difficult times, to ensure our long-term success.”

The company also took several actions to support its customers and trucking professionals. Working with its partners, the company provided meals, coupons and personal protective equipment, such as masks and hand sanitizer, to trucking professionals in need. For its customers, the company launched International Cares, which offered no payments for six months, free access to International 360 and worry-free vehicle service coverage.

Navistar broke ground in early March on new and expanded manufacturing facilities at Jetplex Industrial Park in Huntsville. The company said last year that it would make a capital investment of approximately $125 million and that the investment would bring 145 additional jobs to the Huntsville facility. 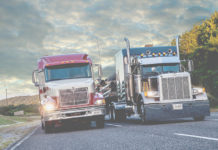 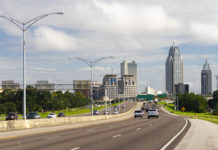