This year’s college football national championship at Mercedes-Benz Stadium in Atlanta had it all: two SEC teams playing near the heart of Dixie, a come-from-behind victory for Alabama and well over 2.5 terabytes of data generated by the fans.

That last statistic was hard fought, according to AT&T engineers, who rolled in one COW (Cell on Wheels) and three COLTS (Cell on Light Trucks) to boost wireless coverage in and around the stadium. Mercedes-Benz Stadium already boasts a Distributed Antenna System (DAS) with more than 725 antennas and 1, 450 remote amplifiers installed throughout the facility to evenly distribute cellular coverage.

So how does all that data measure up? Keeping in mind that one terabyte is one trillion bytes — the basic building block of digital construction — then 2.5 terabytes would amount to 7.1 million selfies from the stands, or more than 92 pictures for every one of the 77, 000 fans who went to the game.

According to AT&T, Alabama also beat Georgia in terms of data usage through the 2017 football season, using 11.2 terabytes of data at Bryant-Denny Stadium versus 7.2 TB of data for Georgia home football games. 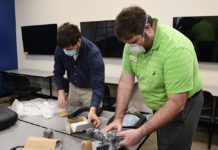 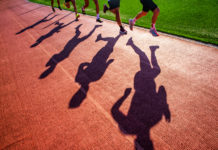