With 358 beds and 1,200 employees, North Alabama Medical Center is the 15th largest hospital in the state and the largest in The Shoals.

When Business Alabama spoke with Chief Operating Officer Mike Howard of NAMC in Florence, in late November, he was seven days out from a big day on the calendar. All he had to do was move everything, including patients, from Eliza Coffee Memorial Hospital 2.2 miles down the road to the new digs.

So what was his mood, given such a Herculean task?

“What keeps me up at night right now is ensuring all the elevators in this old building are working on move day,” he says. The core of the old building was constructed in 1943, with the newest addition added back in 1983.

Like NASA, Howard had plenty of contingency plans in his back pocket. On Dec. 6, moving day, 30 ambulances stood ready to assist in transporting patients, starting at 8 a.m.

“Along with patients, we’ll also be transporting some equipment on move day. Over the past five years, we’ve made capital investments of $5 million to $6 million each year. Most all of the equipment we purchased is on wheels, like beds and IV poles, because we knew we were going to make the move to NAMC,” Howard says. “Each item will be tagged at ECM Hospital with the exact location it will be taken to at North Alabama Medical Center. This entire process is carefully orchestrated and dictated.”

Happily, some of the old building’s equipment doesn’t have to be moved, because updated equipment has already been installed at NAMC. The two buildings are roughly equivalent in square footage, but the new building uses space more efficiently. There will be 43 more patient rooms and larger operating and recovery spaces.

A convoy of trucks was also on hand for moving day to ferry equipment from each ward as the patients are moved. Mock runs were practiced in November, with a few curve balls thrown into each exercise, such as a simulated broken elevator. 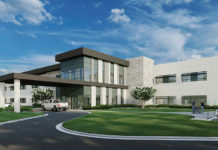 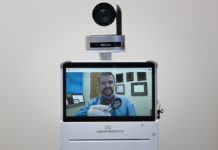