Home Automotive Mercedes doubles down on its Alabama presence as it plans for an...

Mercedes is switching on the electric power. In March, while celebrating 25 years in Tuscaloosa County, it also unveiled its new battery plant in neighboring Bibb County — all set to power the electric vehicles already rolling down the production line.

“We’re ready to double-down on our local footprint and commitment to Tuscaloosa, Alabama, and the U.S.,” said Ola Källenius, chairman of the board of management of Mercedes-Benz AG, at the dedication of the new battery plant. “This facility is dedicated to some of the most sought-after vehicles and allows us to flexibly ramp up the shift toward electric according to growing customer demand.”

The Bibb County battery plant, which is expected to create up to 600 jobs, opened a few months ahead of the start of production of the all-electric Mercedes-EQ vehicles in the U.S., including at the Vance facility, which will produce the EQS SUV and EQE SUV. It’s part of a global push for Mercedes-Benz, which plans to produce all-electric vehicles at seven locations on three continents. The battery factory in Bibb County will provide batteries for the Alabama-made vehicles.

“The opening of our new battery plant in Alabama is a major milestone on our way to going all-electric,” Källenius said. “With our comprehensive approach including a local cell sourcing and recycling strategy, we underline the importance of the U.S., where Mercedes-Benz has been successful for decades. We’re proud to create new, future-proof jobs to build all-electric SUVs ‘Made in the USA’ at a plant that is such an established part of our production family since 25 years.”

The Bibb County battery plant is producing high-performance lithium-
ion batteries. The battery system has a modular design and uses nickel, cobalt and manganese at a ratio of 8:1:1. Mercedes says the reduction of cobalt content to about 10%, in addition to the CO2-neutral production of the batteries, enhances sustainability.

Mercedes-Benz in Tuscaloosa has big plans to go fully electric by the end of the decade. Right now, the company is importing its battery cells, but it is partnering with Envision AESC, one of the world’s leading battery technology companies, which announced in April a $2 billion factory in Kentucky where it will produce battery cells and modules. One of its major customers will be
Mercedes-Benz.

“Establishing a strong battery cell partner network in accordance with our global production strategy is a very important milestone on our way to CO2-neutrality,” said Markus Schäfer, Mercedes’ chief technology officer, responsible for development and procurement. “Envision AESC will be a major supplier securing capacity for the next generations of our Mercedes EQ products built in the U.S. in the years to come. With Envision AESC’s net-zero carbon solutions and battery technology, this new cooperation underlines our holistic approach regarding our sustainable value chain and allows us to secure supplies, to take advantage of economies of scale and to provide our customers with superior battery technology.”

“We are gradually expanding the capacity of the battery factory to meet the expected demand for batteries,” said Michael Goebel, head of production in North America and president and CEO of Mercedes-Benz U.S. International.

Part of Mercedes-Benz’s sustainability push will also include battery recycling, with the company planning partnerships for battery recycling in China and the U.S. In addition, the company is in a five-year partnership with the Nature Conservancy, worth more than $600,000, to support the Working Woodlands site — committed to promoting sustainable forestry — in northeast Alabama.

The Bibb County factory “is a very important step for us,” said Jörg Burzer, head of production at Mercedes-Benz. “First, this means that we have the capacity to produce the batteries we need for our current and future electric cars, and second, just as important, we are flexible … which also means we can scale up.”

The Bibb County plant will be “a shining example of efficiency and sustainability” along with the Vance plant, according to Burzer.

“The factories here, like all of our auto plants in the production network, are completely CO2-neutral from this year,” he said.

And thanks to a partnership with Alabama Power, there’s more. The Letohatchee Solar Project in Lowndes County will provide electricity for the Vance and Bibb County plants. Under a 15-year contract, Mercedes-Benz will receive all of the renewable energy credits from the facility.

“The entire electricity demand of the Bibb County site will be covered by renewable energy sources from 2024,” Goebel said.

The new EQS SUV was unveiled on April 19. It will be the first all-electric luxury SUV, according to the company.

The new battery plant, as well as the launch of the new EQS SUVs this summer, are further cementing Mercedes’ Alabama factories as essential to the company’s growth.

Mercedes-Benz U.S. International employs about 4,500 people, with up to 600 new jobs forecast for the battery plant. About 4 million vehicles have rolled off the line in Tuscaloosa since 1997. About two-thirds of annual production is exported, Mercedes-Benz said, making MBUSI one of the largest exporters of vehicles from the U.S. and consistently Alabama’s leading exporter.

“The global Mercedes-Benz production network is digital, sustainable, efficient and flexible,” Burzer said. “Now, the new battery plant, with its highly qualified and motivated U.S. workforce, will be a crucial driver of our electric vehicle roll-out plan. Team USA will play a major role in the continued success of Mercedes-Benz, and we are proud that our new electric SUVs will also be built here in Alabama for global markets.”

“It has taken a lot of teamwork from around the globe to bring this to fruition,” Goebel said. “These are exciting times for us.”

Alec Harvey is executive editor of Business Alabama and Art Meripol is a freelance contributor.

This story originally appeared in the June 2022 issue of Business Alabama magazine. 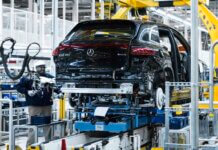 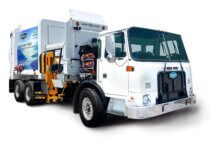 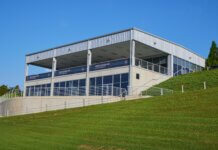