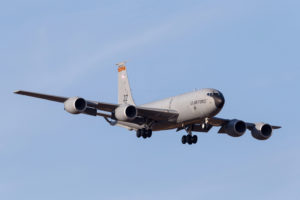 Based in Birmingham, AAI went bankrupt in 2011 but its trustees have been fighting in federal court ever since to claw back what they say were damages by Boeing.

The dispute was over a $1.3 billion contract for maintenance and repair of the U.S. Air Force fleet of Stratotanker air tankers, used to refuel aircraft while they are in flight.

Boeing made the Stratotanker and for decades AAI won the fleet’s maintenance contract as its mainstay business. Then in 2006, Boeing said it wanted to compete for the contract as a partner and AAI agreed.

Plaintiffs said Boeing terminated the partnership contract illegally, and after, it obtained insider information that helped Boeing to go it alone and win the maintenance contract for itself.

Stratotankers are planned to be replaced by the new Boeing KC-46, but Boeing is two years behind on delivery of those aircraft. Nine years ago, Boeing wrestled the $44 billion new tanker contract away from EADS, the military arm of Airbus, which was prepared to make the air tankers in Mobile, Alabama.

AAI was a legacy Alabama aircraft company whose corporate predecessor, Pemco, dated to World War II. Pemco also was named as a plaintiff in the suit.