It’s true that Demopolis-reared Jim Rogers  has been around the block — like, about a bazillion times.

The 73-year-old Rogers left Alabama’s Black Belt for the Ivy League and a storied career in which he co-founded one of the most successful hedge funds in Wall Street history. An internationally known investor, author, blogger and financial media figure, Rogers attributes at least part of his success to having grown up in rural Alabama.

“When I got to Wall Street, I was stunned by how easy people thought life could be and how easy they thought making money could be, ” he says. “But when I was growing up in Demopolis, there was no such thing as easy money.

“I knew that money didn’t grow on trees, and that trees didn’t grow to the sky. I knew you had to work hard and everything had to go right to make any money, much less easy money. So, part of my success on Wall Street was that growing up in Demopolis kept my feet on the ground.”

Along with his enormous success in the investment world, Rogers is known for taking the road less traveled, sometimes literally. Called the “Indiana Jones of Investing” by Time magazine, he has written about his extensive travels around the world; lived in Singapore since 2007; become a father for the first time at age 60, and made financial headlines in March of this year when he predicted a recession in the United States within 12 months.

His success and against-the-herd mentality can be traced to a dogged determination instilled by his parents, both of whom graduated Phi Beta Kappa from the University of Oklahoma. The oldest of five brothers, Rogers first worked for money at age 5, collecting soft drink bottles at baseball games for the return deposit.

He was the top student in his class at Demopolis High School, earning a scholarship to study history at Yale. Despite his sterling academic credentials, his start at Yale proved daunting.

“Demopolis had wonderful teachers that I still admire for how hard they worked and how dedicated they were, ” Rogers says. “But as far as the depth, the breadth, the rigor of being prepared, I was not as prepared as the other kids at Yale. A lot of them had gone to prep schools, and they had much more demanding and wide-ranging academic backgrounds. They had been required to do much more work than I had.”

“I couldn’t very well just give up and go home and say that I couldn’t handle it, ” he says. “So, in the panic I was in, I did a whole lot of work. I studied a lot. I really kind of went nuts because in that first semester and first year I ended up being a coxswain on the crew, I acted in the drama society, I had a job and I was working my head off.

“Somehow, I rose to the occasion. I did more than I should have, but I think I succeeded in that first semester and first year. I was in the top 10 percent of my class despite all of that. But I think it was the panic, fear and terror driving me to keep up and do what needed to be done.”

After military service and studying at Oxford, he returned to the U.S. and Wall Street in 1968. He achieved superstar status after co-founding the Quantum Fund with George Soros in 1973. Quantum increased by 4, 200 percent over a 10-year period, compared with S&P growth of about 47 percent during that time, earning Rogers a fortune in the process.

He split with Soros and retired at age 37 — if you call retirement teaching classes at Columbia, writing books, creating a commodities index and becoming a financial media fixture.

Because of his penchant for doing intense research before investing, Rogers says he never thought of himself as taking risks in business. “I guess maybe the biggest risk was in the 1970s and we used a huge amount of leverage, borrowed lots of money as we invested, ” he says. “I do know many people who use leverage, especially lots of leverage, and lose everything. Unless you can handle leverage well, you’re probably going to lose everything. Looking back on it, for some reason we did OK. But many people would consider that the biggest risk we ever took.”

If Rogers doesn’t see much risk in his investing past, his travels are a different story. In 1988, he spent three months riding a motorcycle across China, followed by a 5, 000-mile motorcycle trek through India and Pakistan. In 1990, he and a girlfriend spent 22 months motorcycling 100, 000 miles across six continents and more than 50 countries.

Then in 1999, Rogers and his wife, Paige, began a three-year trek around the globe in a modified Mercedes. They covered more than 150, 000 miles in three years, visiting 116 countries.

Despite his sage status on Wall Street, Rogers felt winds of change. He sold his house in New York and moved to Asia, settling in Singapore in 2007. Asia, he strongly believes, is the next frontier for mega opportunity and business growth. He wants his two daughters, ages 8 and 13, to be part of that scene. Both of his daughters speak perfect Mandarin, which Rogers calls the language of the 21st Century, along with English.

More recently, Rogers turned heads in early March with a prediction that there is a “100 percent” chance that a major recession will hammer the United States within 12 months. The recession, he says, will result from “several things, ” especially debt around the world and in the U.S.

He also is a sharp critic of the Federal Reserve and calls it the biggest risk on America’s political and investing scene today. “They make such horrible mistakes by printing all this money and creating all this debt, ” he says. “The Federal Reserve has increased its balance sheet by 600 percent in just eight years, and the reason I think that is a big risk is it has led to distortions in the financial markets, zero interest rates, and it’s destroying the lives of anybody who saved and invested.”

Rogers says he doesn’t get back to Alabama very often, but tries to visit at least once a year. Last year, he says, he made it back for his Demopolis High School class reunion, and he stays in touch with family members here. But that’s about it.

“It’s a long way from Singapore to Alabama.”

But you hear a certain pride in his roots as he says: “I’m still a man of Alabama.”

Charlie Ingram is a freelance writer for Business Alabama. He is based in Birmingham. 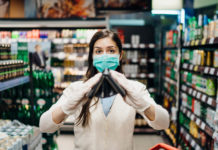