Home Law and Government Is the road to the future being paved in the Alabama House... 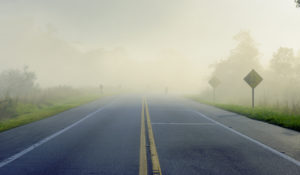 Friday morning as the Alabama House of Representatives prepared for consideration of legislation enabling a 10 cent fuel tax — the first increase in revenue for roads and bridges in 27 years — we spoke with Katie Britt, president of the Business Council of Alabama, one of the key groups supporting the legislation.

What has Britt and her staff been doing as the legislation moved out of committee yesterday and onto the floor of the full house for consideration today?
“The governor has shown great leadership with the Rebuild Alabama Plan, and we have been working to create partnerships to bring more people to the table to support Gov. Ivey’s plan,” said Britt. “We have been talking with legislators about the issues and addressing their concerns and learning what matters in their districts. And we have been talking with our membership about the challenges in their areas of business and industry and then putting that information in front of the right legislators.”

What objections remain?
“You always have to count on something you didn’t expect,” said Britt. “There are a lot of myths out there about this legislation. People read a headline and believe it is going to cost one thing when actually it is very different. We have been working with the Alabama Transportation Institute to account for the full cost to the average driver, and that has been a good message to bring to the table. The cost to the average driver is $4.58 extra a month. Whereas — because they did not have the details for so long — people thought that it would cost them quite a bit more, as much as thousands of dollars a year.

“And there were some who still had fears about accountability. The BCA has worked diligently to make sure there is a strong accountability provision in the legislation. Sen. Clyde Chambliss has taken the lead on that — ensuring that revenue is not going to anything else, such as salaries, but only to roads and bridges.”

What forces weigh in favor of the legislation at this time?
“We are at a unique time in Alabama’s history with the right set of leaders in the state,” said Britt. “We have a governor who is willing to move this forward, along with the Speaker, the Pro Tem, Rep. Bill Poole and Sen. Chambliss. The business community is united and doesn’t want to be left behind because the road to our future must be paved. It is a special moment in the legislative history of the state, and the governor has the courage to do the right thing so that our future generations can continue to prosper and continue to be competitive as we work to recruit others to come live and work in Alabama.” 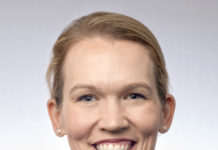 Bridging a Gap in Aerospace Workflow

A Year of Business in Autauga and Elmore Counties