Two years of construction paid off June 7 when Aerojet Rocketdyne cut the ribbon on its new 136,000-square-foot advanced manufacturing facility in Huntsville. CEO Eileen Drake says the facility will do mostly defense work but also some space manufacturing.

Hyundai Motor Manufacturing Alabama celebrated the opening of its $388 million cylinder manufacturing plant in May, the third element of a complex that now employs about 3,000 people.

DaikyoNishikawa US in May announced plans for a $110 million plant in Huntsville, to provide parts for the Mazda Toyota Manufacturing USA plant now under construction. The supplier will make large resin parts such as bumpers and instrument panels.

The University of Alabama had started the process of returning a $21.5 million donation to Hugh Culverhouse Jr. several days before Culverhouse called for a boycott of the school following state lawmakers passing a near-ban on abortions. School officials said the Florida attorney was trying to have undue influence in university affairs.

A unit of Toyota Boshoku overseeing the company’s operations in the United States said in May it would create a joint venture in Alabama to form a $60 million joint production company with car seat makers Delta Kogyo Co. and Toyo Seat Co.

Alabama Power says it will close almost half its business locations by the end of summer, resulting in dozens of layoffs. The closings will occur by Aug. 30.

Hyundai Motor America recently donated $250,000 to the Montgomery public schools for STEM education. Hyundai has more than 3,000 employees in the Montgomery area.

More than 27.7 million visitors came to Alabama in 2018, spending $15.5 billion, according to calculations from the Alabama Tourism Department. The total represents a million more visitors than in any previous year.

Airbus will increase the range of its A220 by 450 nautical miles, allowing the craft to spread its routes. Airbus is building a second assembly line in Mobile for the A220 after acquiring it from Bombardier last year.

The Huntsville City Council in May granted $3 million in incentives to developer Scott McLain for a $62 million mix of residential, office and retail on 25 long-vacant acres along Memorial Parkway at Clinton Avenue.

Georgia-Pacific moved to idle operations in at least three states recently, a move that will mean the loss of about 655 jobs. Its mill in Monroeville is on the block, along with facilities in Arkansas and Georgia.

After 14 months of review, Alabama’s Poarch Band of Creek Indians has gained regulatory approval to acquire the Sands Casino Resort in Bethlehem, Penn. in a total enterprise value deal worth $1.3 billion.

The U.S. Army wants to field combat vehicle-mounted lasers and hypersonic missiles by 2022 to combat rivals like Russia or China that may employ enemy drones or their own hypersonic weapons. The plan involves 50-kilowatt directed energy weapons on Stryker combat vehicles.

Experian recently released an analysis noting that Alabama is among the top 10 states in the nation with the largest five-year increase in student debt. The average student loan debt in Alabama is $35,674, up 30.9 percent from five years ago.

Reddit co-founder Alexis Ohanian will give the keynote address Aug. 2 at Sloss Tech 2019. Ohanian, 36, has seen many entrepreneurial roles and helped launch Reddit in 2005 before selling it to Condé Nast.

The Alabama Legislature passed a bill to tax and regulate fantasy sports contests, requiring a 10.5 percent tax on entry fees paid by players. It also raised the gasoline tax, passed a near-ban on abortions and fashioned new rules for companies that operate call centers in the state.

State lawmakers in May passed a near-total ban on abortions, as did several other states, in an attempt to challenge Roe v. Wade. The move drew criticism from several quarters but its long-term effect is not clear.

A pass on grass

Alabama lawmakers agreed during the regular session to create a study commission on the possibility of legalizing medical marijuana. A bill under consideration would have allowed patients with certain medical conditions to purchase medical marijuana with a doctor’s approval.

Mobile’s Austal USA won’t have to compete with Lockheed-Martin for a bid to design and build FFGX Vessels. LM dropped out in May, leaving four companies in the running.

The Supreme Court in June ruled for an Alabama company over the U.S. Postal Service in a patent dispute. Birmingham-based Return Mail filed for a patent that processes mail returned as undeliverable, but was overshadowed when the Postal Service developed its own similar system.

In May the Wall Street Journal reported that Transportation Secretary Elaine Chao has held onto her shares of Vulcan Materials, a construction company with strong Alabama roots that she promised to divest from more than a year earlier. Its stock price has risen more than 12 percent since April 2018, when she made the pledge.

Birmingham became one of the early adaptors to BBVA’s new brand in June, when the $700 billion company splashed its new logo across the Daniel Building downtown.

Frank Bromberg Jr., 87, representing the fifth generation to lead Alabama’s oldest jeweler and family-owned retailer, died June 4. He served as President and Chairman of Board of Bromberg’s, founded in 1836.

South Carolina-based MacLean Power Systems will spend $5.3 million to upgrade its Alabaster foundry, which currently employs 90 workers. The project is expected to create an unspecified number of new jobs. The expansion will bring advanced aluminum mold making and mold handling operations to the facility.

OTELCO, a multi-state telecommunications provider, says it will invest more than $5 million to improve broadband connectivity in Alabama. A major fiber broadband construction initiative will add 113-miles to the company’s Fiber-to-the-Premise network to the city of Arab, giving fiber availability to 4,100 additional locations.

Bay Steel, a wholesaler of carbon steel products, will invest $6.2 million to expand and relocate from the Port of Mobile to Todd Acres Drive, also adding five employees.

United Technologies Corp. agreed in June to merge its aerospace business with defense contractor Raytheon Co., creating a new company worth about $121 billion. The new conglomerate will operate in commercial aviation and defense procurement. 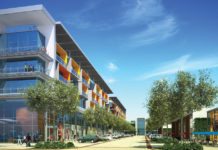 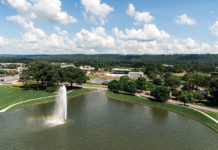 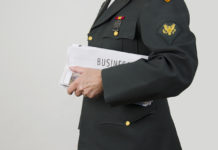