Ground was broken in October on the largest, single real estate development in the country, set to transform Huntsville over the next two decades into an epicenter of military research, development and procurement.

COPT, a publicly traded real estate investment trust specializing in government related properties, is the managing partner and has the controlling interest in the development. JWA will manage the retail portion of the development.

“The market was there. The need for the project was there, ” says JWA CEO Jim Wilson III. “We all just took a careful look at the mission of Redstone Arsenal alongside the determination of city leaders and that of developers. We took our time and figured out a way to make it happen.”

Economic and civic leaders, he says, recognized early the potential impact the project could have on the entire region and formed the convincing, united front necessary to persuade Pentagon leaders to break with tradition and actually agree to annex the land into the city limits.

“It is a true partnership in that the land is owned and leased from the (federal) government; the infrastructure is being provided by the city, county and state; and we, the developers, are putting up the capital to build it, ” says Wilson, calling lead developer COPT the “capital engine” behind the transaction.

COPT and JWA negotiated a master lease with U.S. Army in 2009 and a tax increment financing deal with the City of Huntsville in 2010 to fund phased infrastructure improvements.

“Economic and local leaders realize this project is essential for the continuation of mission of Redstone Arsenal as the main economic engine of North Alabama, and the better Redstone Arsenal is—the better it is perceived nationally and internationally—the better Huntsville and the surrounding areas will be, ” he says. 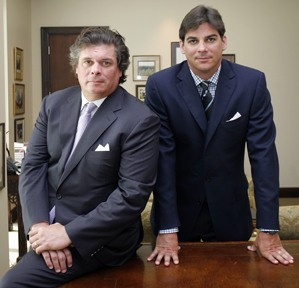 With the nation’s real estate and construction sectors suffering the brunt of the national downturn, Wilson says timing helped parlay four years of aggressive due diligence into signed contracts.

“It was a very complicated, tedious transaction that took a lot of time, but the BRAC move is going to be finished in 2012, and our buildings have to be operational, ” Wilson says.

The federal government, Wilson says, has about 2 million square feet of space under construction “as we speak, ” and Redstone Gateway will provide office space and services for as many as 20, 000 government employees, defense contractors and other vendors, representing an annual payroll of more than $1 billion.

COPT’s Wayne Lingafelter says 52 mid-rise office buildings are part of the design, and the first of those structures could be ready for lease by late 2011.

By the time the Gateway project is complete in 2012, it’ll be just two years away from the next base realignment and consolidation, and Huntsville will be in a strategic position to attract even more consolidation, COPT CEO Randall Griffin told attendees at an annual conference sponsored by the Alabama Center for Real Estate in January.

The Gateway will be developed in three phases and will feature three- to six-story buildings ranging in size from 80, 000 to 165, 000 square feet each.
Wilson says about 1.5 million square feet will be constructed “behind the gate, ” incorporating the latest advances in military defense construction, such as collapse-proof construction, blast-proof windows and setbacks that prevent vehicular access.

The project also will include about 100, 000 square feet of retail space to serve inhabitants of the office park, including “anything to make life easier, ” such as office supply centers, travel centers, a drug store and some restaurants.

“We’re reinventing ourselves to an extent and trying to come up with different types of products and deals we can do that are not typical to what JWA has done in the past because our old form of business is shrinking, ” Wilson says.

“I think this is going to be a very successful project. You can feel it. The demand is there. The market is there, and the timing is right.” 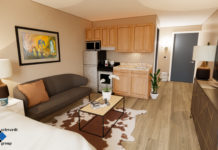 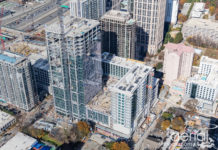 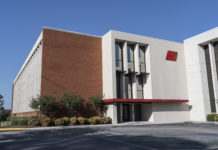