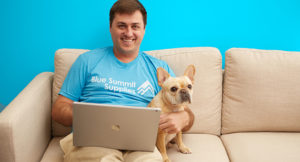 Huntsville is a technology and engineering city, famous for its rockets and spaceline. But as the locals know, it’s not just rockets; there’s also an up-and-coming ecommerce business dominating the online landscape.

Blue Summit Supplies is an ecommerce solution to the bloated, outdated practices of the traditional office supply industry. It has a growing catalog of reliable and affordable office supplies and small business necessities. Since its founding in 2016, it has grown into the largest third-party seller of office supplies on Amazon.

But how did Blue Summit Supplies come about?

It all began with a rocket engineer, a French bulldog, and a few boxes of envelopes.

Like many Huntsville residents, Owen Franklin, CEO and founder of Blue Summit Supplies, spent the first decade of his career working as an engineer. He had always dreamed of building rockets and had worked hard to make this dream a reality. However, after spending years as an engineer, he realized he wanted to do something both more autonomous and more challenging. Something that would allow him to make a positive difference in the world in some capacity, without feeling constricted by red tape.

So, he decided to start a business.

It was natural inspiration that helped him decide which business. He was looking for office supplies at a big-box office supply retailer and, after encountering office supply store sticker shock one too many times, began to dissect how office supply pricing worked. His findings? That something ‘just wasn’t right.’

“People are truly getting ripped off here,” he realized. He didn’t understand why things were done in a way which offered minimal tangible value to customers, so he began tinkering and experimenting with a process of his own. He started out with a few boxes of simple white envelopes and used them as a vehicle to play around with more efficient supply chain strategies. He took the initiative to forge fruitful supplier relationships, which enabled him to work directly with competitive factories all over the world.

The wheels began to turn, the idea gained traction, and the task became one of scaling up. Owen’s business was growing, and he wanted to grow it further. He wanted his fight for better value to benefit as many customers as possible.

Armed with the guidance and support of his wife and mentors, Owen made it his mission to reinvent the way business was done in the office supply industry. He launched Blue Summit Supplies in 2016 with his first order of 500 boxes of envelopes. From there, he spent countless hours working from his couch to build the brand from scratch – with his faithful French bulldog, Larry, always at his side.

Now, Owen has grown the company into the largest third-party seller of office supplies on Amazon. The catalog has grown beyond envelopes and now includes binders, folders, miscellaneous school supplies, and tax season necessities among other high-value, low-cost office supplies. In under 12 months, he has added a dozen jobs to the Huntsville area with no plans of slowing down. He operates a satellite office with three employees in Chicago, but when asked if he plans to move Blue Summit Supplies to a ‘bigger’ city, Owen is adamant about staying local.

Instead of leaving Huntsville for ‘bigger and better,’ he wants to bring bigger and better here. Blue Summit Supplies’ success means more resources to give back to and grow our community, through both jobs and philanthropy. Right now, Blue Summit Supplies regularly contributes to organizations like Hwy 231 South and Mojo’s Bikes or Bust with plans to expand our giving efforts in the coming years as our resources grow.

To learn more about Blue Summit Supplies, visit us online at bluesummitsupplies.com. 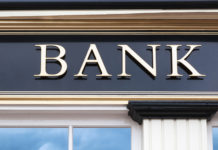 Valued Capital in This Banking Moment 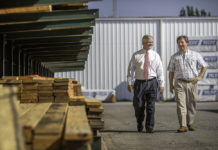 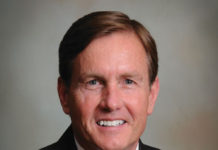