There is a test track at Barber Vintage Motorsports and Museum in Birmingham, Alabama, set apart from the public areas of the sprawling complex.

At this particular test track, wheeled vehicles that resemble cars are sent speeding along a relatively short stretch of pavement directly toward a barrier with the goal of making sure there’s a crash. There’s often, if not always, a crash test dummy in the driver’s seat. The point of the effort is to figure out how to make real drivers safer.

“For more than 30 years, Sicking has been a leading figure in highway safety research. His designs have reshaped guardrails and other roadside barriers throughout the United States,” as noted in an article on the website of the University of Alabama at Birmingham, where Sicking is on the faculty. “He was also one of the developers of the Steel and Foam Energy Reduction (SAFER) barriers that are used on NASCAR and Indy Racing League tracks around the world. In 2012, Sicking joined the UAB School of Engineering as a professor and the vice president of product development.”

In the same article, Sicking describes the impact of his work, which predates his arrival at UAB: “Over the years, we have generated dozens of safety devices, to the point where it’s virtually impossible to drive more than a mile on any major freeway in this country without encountering one of our systems. Our roadside safety devices save hundreds, if not a thousand, lives per year without getting a whole lot of attention, but when we build a device that saves one or two racecar drivers, everyone wants to know about it.”

“These technologies have revolutionized their respective markets. They have been adopted around the globe and produced major reductions in the number of serious injuries and fatalities along highways and racetracks,” the article notes.

Sicking is a graduate of Texas A&M University, with a degree in mechanical engineering. The road from there to recognized highway traffic safety expert was neither direct nor quick. But it was ironic when you consider how it happened.

“There were 495 mechanical engineers graduating the same day I did, and a fair number of them were like me and engaged to be married to someone who was stuck there,” Sicking says. “So, my wife wanted to go to med school, a solid med school upstate. And so, I was anchored to College Station and there just weren’t many jobs around. This was literally the only one I could get in town. I took a job as a research engineer at Texas Transportation Institute.”

Sicking recalls working on whatever tasks were put in front of him at the institute, “because I was a brand new bachelor’s degree and didn’t have a clue what I was doing. So, they hired me and trained me, and, like all their engineers, needed to be trained up. And I spent 12 years trying to get out of this field.”

Even as a young man, Sicking was seeking a challenge. “I had a philosophy of life — I wanted the path of greatest resistance, and, so, this area seemed pretty easy to me; it was very simple. And I wanted more challenge. And so, I spent 12 years educating myself,” he says. Sicking earned a doctorate and, along with it, became knowledgeable about damage in airplane wings, including fighter jets.

“When I graduated, the Office of Air Force Research identified my research topic as one of their priorities for the next couple of years,” he says. “So, armed with that and a PhD from Texas A&M University, I could get a job and do research for the university in aerospace composites. But I didn’t factor in the peace dividend.

“The government cancelled every weapons development program underway at the time — every one of them. And there were literally hundreds of people in aerospace composite research that had done it for years walking the street because they got laid off by the defense industry.”

He found himself competing for work against people who had many more years of experience than he did.

“That’s how I came to the realization that the good Lord wanted me to keep working in the automotive safety area. I finally realized that, if you’re really good at something and you’re good at a job that not everybody is, that may be your calling. And it turned out I found that not everybody could do the stuff we do …. Staying in this field was the best thing that ever happened to me. And I just knew the good Lord’s hand was in it because I gave the best of my efforts to get out of this field and I couldn’t do it.”

In fact, while Sicking was earning his doctorate, becoming an expert in airplane wing composites, he was simultaneously studying highway safety. “When I was doing my coursework, my dissertation during that whole period I was highway safety research, and I had made significant advancements during that period from 1980-1992. I was well known in my field. I just didn’t want to be in the field,” he says.

He took a job at the University of Nebraska-Lincoln, where the director of a research program — the Midwest Roadside Safety Facility — had died suddenly, six months into an ongoing project. “So I, in desperation, applied for the job and I got it,” Sicking says.

He found the program to be, in his word, “disorganized.”

“The first time I did a crash test when I was there, they were about ready to start the test and I said, ‘Time out. Wait a minute.’ There was a guy standing six feet from the impact zone. Tow a vehicle up to 6o mph and hit this impact zone, the guy is standing six feet away from it. I said that’s not going to happen.”

Apparently, as Sicking recalls, the plan was for a researcher to stand near a camera close to the impact zone, so he could turn it on to record the test. Then, when the car was three seconds away from the collision, the researcher was supposed to run to a safer spot.

The reason for the dangerous technique? Cost, apparently, he recalls.

“And, so, anyway, there was a system shock. We were all involved. I was shocked; they were shocked.”

And that wasn’t the only thing he said to take his new colleagues by surprise. “When I got there, I told them, ‘When I come here, I think we can be number one in the United States in this research field within 10 years. And two of them, I know, went out to start looking for a job, because they thought I was crazy. But we learned to work together, and it allowed us to do a lot of good work. I spent 20 years in Nebraska.”

He worked with a great team in Nebraska, Sicking says. Within the first 10 years, “We were widely acknowledged as being the leaders in the industry. So, we did achieve our goal.”

By 2008, the research program was being asked to provide data for clients and Sicking became responsible for bringing work in.

“People would call us up and say, ‘Can you do some work, some research for us?’ I said, ‘Yes.’ Gave them outrageous bids and they funded them.

“I basically worked my way out of a job, because there wasn’t any need for me drumming up more work, and I was sort of sitting on my fingers. My wife says, ‘You’ve got to get out of here. You’re going crazy. Doing nothing is driving you crazy.’ So, I decided to take on a new challenge and came to Alabama.”

Long before moving to Alabama, though, Sicking and his team were working on a barrier to reduce injuries and fatalities in racecar driving in 1998. By 2000, his team had created a steel barrier for the Indianapolis Motor Speedway. After testing it through March 2002, the barrier was deployed for use in May of that year.

A NASCAR official watched one of the crash tests of the Indianapolis barriers. The result left a positive impression; NASCAR had run five crash tests in New Hampshire, where there had been two serious high-speed wrecks.

The NASCAR tests up to that point had not gone particularly well and had even proved dangerous. Seeing what Sicking’s team accomplished in Indianapolis led NASCAR to engage them in an effort to make its drivers safer. The Steel And Foam Energy Reduction (SAFER) Barrier has since been installed on oval tracks and other high-speed sections of road and street tracks.

As noted on the Midwest Roadside Safety Facility website, the SAFER Barrier “has absorbed more than 50 significant impacts thus far, with outstanding safety performance. Even though some of impacts with the barrier have been extremely severe, no significant driver injuries have occurred. Phil Casey, senior technical director of the Indy Racing League, has said that SAFER Barrier is ‘the greatest achievement for safety in automobile racing that’s been made.’”

Sicking’s career in safety innovations didn’t stop there. Over the years, he’s taken on a project to create barriers to make hockey safer for fast-moving players who otherwise might end up hurt by crashing against an unyielding wall. And he’s also looking into improving the safety of football helmets, in an era of increased focus on sports-related head injuries and post-concussion syndrome.

Even so, for now, the automotive realm is where his work has had the most impact, whether in the U.S., Europe or Australia. He’s working on improvements even now at his test track at Barber Motorsports.

“I’m convinced there are thousands of people whose lives are saved every year because of my designs,” Sicking says. “That makes me feel pretty good.” 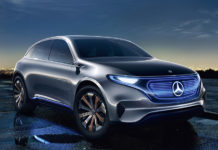 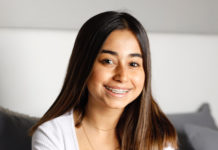 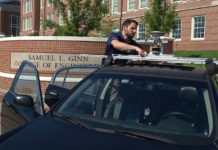