Before NAFTA, the northwest Alabama town of Florence was the T-shirt Capital of the World. Thousands of workers were employed in sewing and producing cotton t-shirts at factories such as Tee Jays Manufacturing Co., which had an annual payroll of $50 million in the early 1990s. When NAFTA became law, U.S. T-shirt production and other textile jobs moved offshore, manufacturers like Tee Jays closed their doors, and rows of once-bustling factories sat empty.

In recent years, the textile industry has gradually returned to Florence with world-renowned fashion designers Natalie Chanin and Billy Reid basing their operations there. But when OnPoint Manufacturing located its factory in Florence in 2014, the move signaled a return to clothing manufacturing for the area — in a new, high-tech, more sustainable way.

Florence may no longer be the T-shirt Capital of the World, but it’s attracting the attention of fashion brands from around the globe. Best has welcomed guests from Japan, China, Argentina, Austria and representatives from brands like Kate Spade and Vera Wang to tour his plant. “Everyone who visits is absolutely amazed by the operation and what we’re doing in Alabama,” he says. “It’s the future of sustainable and profitable clothing manufacturing.”

And Best himself was the only North American manufacturer invited to speak at the recent Seoul International Fashion Manufacturing Forum, as South Korea examined the future of its own textile and fashion manufacturing industries.

Most clothing companies haggle with offshore cut-and-sew shops that demand a minimum order for a low price per piece. But much of the clothing produced will later be sold at a deep discount or simply thrown away. At least 35 percent of new clothing goes to landfills, Best says.

With increasing attention on sustainability and avoiding waste, apparel companies need another option. And for many, on-demand production is the option that makes sense.

“It’s the cost per unit sold that counts, not the cost per unit produced,” Best explains to potential customers. “If we only sell 50 percent of what we make, that $3 garment made in China goes to $6. And on-demand manufacturing can compete at that rate.”

Individual customers or brands start by setting up each garment in the OnPoint system. If the tech pack and pattern are well organized, the setup only takes three days, Best says. Once the garment setup is complete, brands can order garments as soon as customers place orders. Today, garments are shipped within three to five days of an order, but OnPoint is continually working to shorten that time frame. Best’s goal is to ship a garment within 12 hours of order.

When a customer places an order online, the manufacturing process springs into action. A combination of high-tech equipment and worker assembly lines collaborate to produce custom-made clothing at a dizzying pace.

The order flows into the factory’s high-tech system without any human touch, and instructions are sent to each sewer. When one sewer’s work is complete, the garment and instructions for the next step go automatically to the next person. “We keep the sewers busy, and automate everything else,” Best says. “It’s all algorithms that make this happen. We’re basically an IT company disguised as a clothing manufacturer.”

For instance, in September 2019, OnPoint began using a GERBERcutter Z1 — a next generation, data-driven, automated cutting solution for single-ply materials. This tool for smart manufacturing is the next step in OnPoint’s goal to speed the time from concept to production and establish a total inline system that allows it to go from direct-to-print to direct-to-manufacturing, Best says.

Not only is the on-demand apparel process quicker and less wasteful than traditional apparel manufacturing, it’s also more precise. OnPoint has a patent for producing 4 million patterns per garment, so the company is able to make each garment to fit any size or proportions.

A former Olympic athlete from Canada, Best first gained experience in the apparel industry by testing sportswear for functionality in the late 1970s and 1980s. Years later, when his wife’s chemotherapy medications caused hot flashes that kept her up at night, he remembered moisture-wicking fabric he had tested years earlier. Best started producing moisture-wicking sleepwear for his wife and friends who also took chemotherapy drugs.

While the sleepwear business quietly grew, Best was recruited to Nashville to build and run an on-demand book manufacturing company for Ingram Industries. Starting with traditional manufacturing equipment, Best and his team worked to make it profitable to produce just one copy of a book. Today, Ingram is the largest provider of online book publishing and has had a “huge environmental impact,” Best says.

With the large amount of waste in the apparel industry, Best saw a need for similar on-demand manufacturing in the clothing business. His goal was to create a model for producing clothing that would be similar to the one he’d created for book publishing. He started outsourcing to manufacturing plants in Alabama, and in 2011, built a small test plant in Cullman.

Cullman Regional Hospital asked OnPoint to produce scrubs for its staff. “Nobody wanted the same thing; they all wanted pockets in different places, different fits, different colors, and that pushed us into mass customization,” Best says.

He soon realized that customization was the future of apparel manufacturing, and OnPoint began growing. In 2014, the company relocated to Florence to capitalize on the long history of apparel manufacturing and the remaining seamstresses in the area. After starting with small, independent brands, the word has gotten out about OnPoint. The company is now fielding calls from huge brands like Target and Ralph Lauren, as well as a number of international fashion brands.

Currently, OnPoint’s 25,000-square-foot factory in Florence employs about 40 people as sewers, cutters, packers and technical designers. It has room to add 20 or 30 more employees there, and has plans to add five more U.S. plants soon.

Locating and hiring workers is challenging for OnPoint because so few people have experience in sewing. “We work in a beautiful, clean, highly technical environment, but it’s still sewing,” Best says. “And sewing is a dying art.”

Nancy Mann Jackson is a freelance contributor to Business Alabama. She is based in Madison. 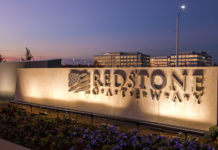 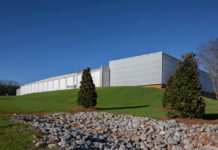 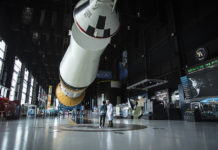