For the folks involved with Auburn University’s Samuel Ginn College of Engineering, the recent groundbreaking for a new advanced structural testing laboratory was a long time coming.

“The first planning for this began about 10 or 15 years ago,” says Andrzej Nowak, professor and chair of the structural engineering department. “We’ve needed a new lab for a long time, because the existing one is just too small.”

“It will be one of the, if not the, most modern labs in the world when it’s done,” Nowak says. “It’s not the largest in the world, but the size is really what we need, and the arrangement is really the best there is.”

According to the engineering department, the structure will include a high-bay lab with specialty engineered floors and walls capable of handling extreme structural testing loads; a geotechnical test chamber; a concrete materials research and testing laboratory; a wind testing facility, and faculty and graduate student spaces.

“What it really comes down to is the scale of the testing,” says Justin Marshall, associate professor of civil engineering. “The foundations and the structure of our existing laboratory building just aren’t strong enough to do large-scale type things.”

That existing lab is in the Harbert Center, built in 1986. Some of the same testing that will be done in the new facility has long been done in the existing lab, just on a smaller scale.

“For example, we’ve had projects before for bridge-type studies for the Department of Transportation, and they’ve liked our ideas and want to look into implementing new technologies, but we’ve just had to do them on a small scale,” says Robert Barnes, associate professor of civil engineering. “So we size beams so we can get them into the lab. We make the beams smaller than they might be in the actual field, so we can’t get the full-size effect. There would be other places that might be able to do those things, but we’re not able to do them. But we will be able to in the new lab.”

Part of being able to do that is having a delivery area capable of handling very large loads of cargo, something that’s difficult at the Harbert Center because of the orientation of the loading dock.

“The orientation of the new laboratory is such that we can … get a full-sized trailer that would move large bridge girders and other things down the road and would be able to completely back into that space,” Barnes says.

The new lab isn’t going to be the largest one ever built, but it will have other things going for it, Barnes says.

“We have a lot of things going on and a lot of combinations of things, the ability to load structures and elements in multiple directions,” he says.

The lab’s geotechnical testing chamber is something that distinguishes it from many others, Barnes says.

“It’s a big, deep chamber with very strong walls, and we can put soils of different types in there and test foundations for buildings,” he says. “We can test connections between building elements and foundation elements inside the laboratory. … Other places may have something like that, but it involves a lot of outdoor testing. … We also have a wind engineering specialist, doing research on the effects of hurricanes and tornadoes. We’re going to have some space and some facilities in there for doing that type of thing.”

The building itself also will be something that can be studied, Marshall says.

“We have a building that has captured a number of different structural materials,” Marshall says. “The strong floor and the strong wall are concrete, but the building that surrounds it is structural steel, and then the adjacent administrative office wing is specifically done in timber. So that way the building itself will be a little bit of a teaching tool and highlight the variations and types of structural systems that can be done. That was something led by the design team, the architects and the engineers, to make it a real nice show piece for what engineers do.”

The advanced structural testing lab is going up on the west side of campus at the corner of Shug Jordan Parkway and West Samford Avenue.

“It’s interesting because it became basically a gateway structure on the west side of campus for those entering campus,” Barnes says. “The architects working with us have put a lot of effort into making it not just appear like some industrial research-type facility but a gateway to all. Getting that type of feel was a challenge.”

For those who have been working on the project, the result is better than they hoped for.

“Once the dean of engineering and the president of the university committed to this project, they wanted something functional, effective and really competitive,” Barnes says. “So we went around and benchmarked, looking at other facilities and ending up getting something closer to what we dreamed of and beyond what we hoped for originally.”

The new lab, built by Chambless King Architects and Rabren General Contractors with a combination of state, university and private funds, will have benefits on several fronts, the engineers say, attracting faculty, students and money.

“The ability to do large-scale testing like this puts us on a level with Georgia Tech, Purdue — some of the big programs that bring these large-scale, large-dollar projects in,” Marshall says. “It will bring money into the university, and it’s going to bring more notoriety to us as we are able to do these tests and other people reference them in their work. … We’ll be able to get better students, and faculty will be more interested in coming here. It generates a number of different very positive outcomes because we’re able to be more competitive.”

Construction companies are also going to benefit from the new lab at Auburn.

“Alabama is home to major national and regional construction companies, and we are providing service to them by having that lab,” Nowak says. “They have certain needs, and they would go outside the state to get those done, and now we are here local for them. Furthermore, they employ a lot of our students, so they are familiar with us and how this department works. So they would naturally come here, and we’d have a top-notch facility with state-of-the-art equipment.”

“Especially for our department, this is like a showcase,” he says. “This is our profession, building buildings, bridges and so on. … So we wanted this to be the best.”

Alec Harvey and Robert Fouts are freelance contributors to Business Alabama. Harvey is based in Auburn and Fouts is based in Montgomery. 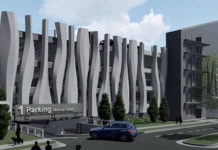 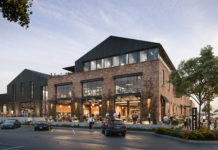 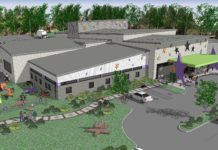