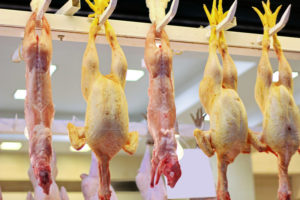 A federal grand jury in the U.S. District Court in Denver returned an indictment against the CEO of Pilgrim’s Pride and three others for their role in a conspiracy that ran from at least as early as 2012 until at least early 2017, well before the virus crisis. But DOJ officials jumped on the ongoing crisis to highlight the significance of the charges.

“The FBI will not stand by as individuals attempt to line their pockets while hard-working Americans and restaurant owners are trying to put food on their tables,” said Timothy R. Slater, assistant director in charge of the FBI’s Washington Field Office.

“Executives who cheat American consumers, restaurateurs and grocers, and compromise the integrity of our food supply, will be held responsible for their actions,” Makan Delrahim, the head of the DOJ’s antitrust division, said in a statement.

Pilgrim’s Pride CEO Jayson Penn and fellow alleged conspirators Roger Austin, Mikell Fries and Scott Brady were the first to come under the hammer, but DOJ officials noted they are likely not the last. Austin also worked at Pilgrim’s Pride, while Fries and Brady both worked at Claxton Poultry Farms, in Georgia.

“This case is the result of an ongoing federal antitrust investigation into price fixing, bid rigging, and other anticompetitive conduct in the broiler chicken industry, which is being conducted by the Antitrust Division with the assistance of the U.S. Department of Commerce Office of Inspector General, Federal Bureau of Investigation Washington Field Office, and U.S. Department of Agriculture Office of Inspector General,” said the DOJ release announcing the indictments.

Chicken growing and processing in Alabama brings in about $15 billion in revenue a year and represents almost 66 percent of the state’s annual farming revenue. More than 86,000 Alabamians are employed on chicken farms, in processing plants and related industries. 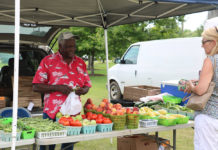 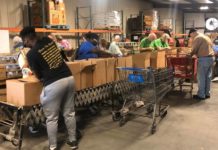