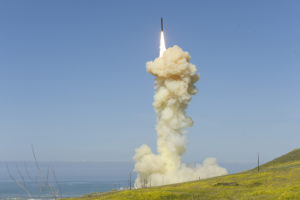 The Defense Department has ordered four more ballistic missiles from Boeing at a cost of $150 million.

The missiles are part of the so-called missile shield protecting the U.S. from nuclear attack — in particular, the Ground-based Midcourse Defense (GMD), designed to be launched from the ground in the U.S. and intercept incoming missiles.

Boeing is the prime contractor of the GMD and manages the program from its Huntsville location. The $150 million order is a modification of a previous contract with Boeing for GMD development and sustainment.

Under this new contract modification, the Missile Defense Agency is executing the procurement of four additional Configuration 2 Ground Based Interceptor boost vehicles to maintain the fleet and flight test programs.

Boeing describes the GMD as “the only system capable of protecting the entire U.S. homeland, including Alaska and Hawaii, against long-range ballistic missile attacks.”

The GMD interceptors are designed to track missile threats and use collision force to destroy the target before it strikes.

In March, Boeing and the Missile Defense Agency for the first time launched two GMD system interceptors to destroy a threat-representative target, validating the fielded system protects the U.S. from intercontinental ballistic missiles. In this test, one interceptor struck the target in space. The second interceptor observed that intercept before destroying additional debris to ensure missile destruction. At the time of this test, Boeing Vice President and Program Director of the Ground-based Missile Defense Paul Smith said, “We continue to increase the system’s reliability as the U.S. government plans to expand the number of interceptors protecting the country.” 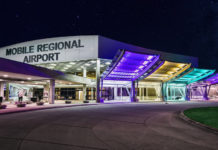