Lying about halfway between Birmingham and Huntsville along Interstate 65, Cullman County has long been recognized for great schools and beautiful lakefront scenery, but in the past couple of years it has added a kudo envied by many another area of the state — top rankings for economic development.

With 31 economic development projects in 2017 that created 253 jobs and brought in $61,923,438 of capital investment, Cullman ranked No. 1 in the state in total economic development projects, No. 1 in expansion projects and No. 9 in jobs created by expansion projects and capital investment, according to the Alabama Department of Commerce.

Cullman looks to have another banner year with 2018. Auto supplier Topre America Corp. announced plans for a new manufacturing production line, a $78.2 million investment with 98 new jobs. In addition to automotive, other strong sectors include diverse manufacturing and distribution, agribusiness, health care, higher education and aerospace.

Wallace State Community College, for years a major player in workforce development for the region, has received a $2 million grant from the U.S. Department of Commerce Economic Development Administration to create a technical education center.

The Cullman County Economic Development Agency also is heavily involved in not only commercial, retail and industrial recruitment, but also education. The agency recently was awarded an International Economic Development Council Gold Award for its Educators in Industry program. That program organizes groups of teachers to tour local industry to get an idea of existing technology and industry, says Susan Eller, the agency’s project coordinator. “This helps educators plan to help students learn more about what’s out there.”

Several agencies also have partnered with the University of Alabama to open Technology Village Cullman, a nonprofit center for entrepreneurial small business startups.

The county’s industrial parks are close to capacity. “Our pushing to increase workforce will prove a need for land for two reasons — new or expanding industry and affordable housing,” says Cullman Mayor Woody Jacobs.

Cullman County also is heavily invested in community development and improving quality of life for residents and visitors. Smith Lake has long been a draw. Now, the 650-acre Duck River Reservoir, built as an additional water source for the city, is open, welcoming boats and anglers, and offering miles of biking and hiking trails.

New retail has exploded onto the scene, with shopping centers and downtown getting a real boost with a food court. All of this has come with cooperation, Jacobs says. “The most humbling part about it all has been how the city and county, along with some of the smaller municipalities, have been able to work in a constructive way to ensure success for the entire county.”

The city also is working an extensive plan to improve its parks, with many improvements already finished, Jacobs says. “I think it is important to continue to work with our parks and recreation department so that we may continue to provide for our citizens, all while giving us an opportunity to showcase our town,” he says. “The numerous events and programs provided by Cullman Parks and Recreation also plays a vital role in the recruitment of people into our town and is a consistent generator of revenue that can be reinvested into the community as a whole.”

Cullman County is No. 2 in Alabama for total agricultural production. It is the second largest poultry producer in the state, ranking second in broiler production. Cullman ranks first in cattle production, dairy cattle and hay production. It also ranks second in sweet potato acreage.

Local high schools offer agriscience programs, and the county owns an Agriplex to host events and raise awareness of the county’s heritage and future in agriculture.

The automotive sector is a major driver in Cullman County, boasting the top three largest manufacturing employers in the county. Together, they employ more than 2,100 people.

Topre America Corp. announced a new manufacturing production line at its North American headquarters in Cullman, with plans to invest $78 million. The firm opened a distribution and storage facility in 2017.

The county is home to Wallace State Community College, in Hanceville, one of the largest employers in the county, with 300 full-time employees and an enrollment of 6,500 credit and non-credit students. It is ranked one of the best colleges in America for healthcare graduates and offers a wide variety of programs.

WSCC also ranks among the South’s leaders in training for workforce development. Student success rates are among the nation’s highest. The college works with high schools and industries to provide workforce development programs, and with existing industry to meet workforce training needs. WSCC offers a number of apprenticeships with local industries that provide students with on-the-job experience while they continue their education.

The most recent comprehensive economic impact study reports that for every dollar allocated by the state, Wallace State returns 10.2 times that investment to the state’s economy.

One strength of the industrial base in the county — and a factor in its low unemployment — is the diversity of manufacturing operations. Firms specialize in aerospace, metal stamping, plastic injection molding, robotics, tool and die, woodworking and more.

Locally-grown Zero RPM produces idle mitigation systems used for law enforcement and utility companies. In 2017, Zero RPM was named Corporate Innovator of the Year in the small company category by the Economic Development Partnership of Alabama.

In 2018, Ornametals Manufacturing LLC won the North American Copper in Architecture Award for its ornamental/replication work on a cornice in New York City. This is the firm’s sixth award from the Copper Development Association in the last seven years. The cornice showcased lion heads, fleur-de-lis, leaves and other detailed ornaments. The entire cornice was replaced with copper as well.

Agcor Steel is building a new facility in Good Hope to continue operations and add a roof truss product line. Agcor expects to invest $6.3 million in the new 128,000-square-foot facility. The new building will allow the addition of a steel truss production line and a near doubling of Agcor’s workforce, adding up to 25 new jobs to the existing 28-member staff. It also is expected to generate annual tax revenues for the county and two municipalities of more than $500,000.

Cullman is also home to several distribution centers, including a 1.3 million-square-foot Wal-Mart distribution center. Interstate 65 and several state and U.S. highways provide critical transportation arteries for industry in the area.

Cullman Regional Medical Center is the second largest employer in Cullman County, with 1,200 employees, and continues to grow to meet the needs of its patients, both in facilities, equipment and personnel.

According to the Alabama Hospital Association, the hospital has a $215 million overall economic impact on the community. The hospital supports 2,472 jobs directly or indirectly throughout the state of Alabama. Also, the hospital generates $93 million in total labor income to employees, their families, and suppliers.

The hospital recently added a fifth floor, adding 30 beds, along with an urgent care center and family practice clinic.

With its proximity to Huntsville, Cullman Regional Airport’s Folsom Field is following a five-year plan to improve and grow. The airport recently received an FAA grant to continue work on its north taxiway, says Ben Harrison, airport director. The airport also is seeking other grants to finish that project. In recent years, three new hangars have been built, one of which is a corporate hangar.

Cullman also has some aerospace companies such as General Dynamics, which makes guided missile and space vehicle parts. 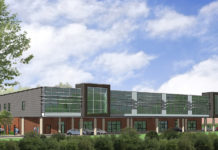 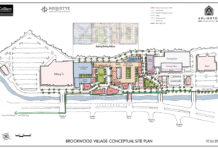 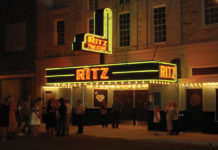